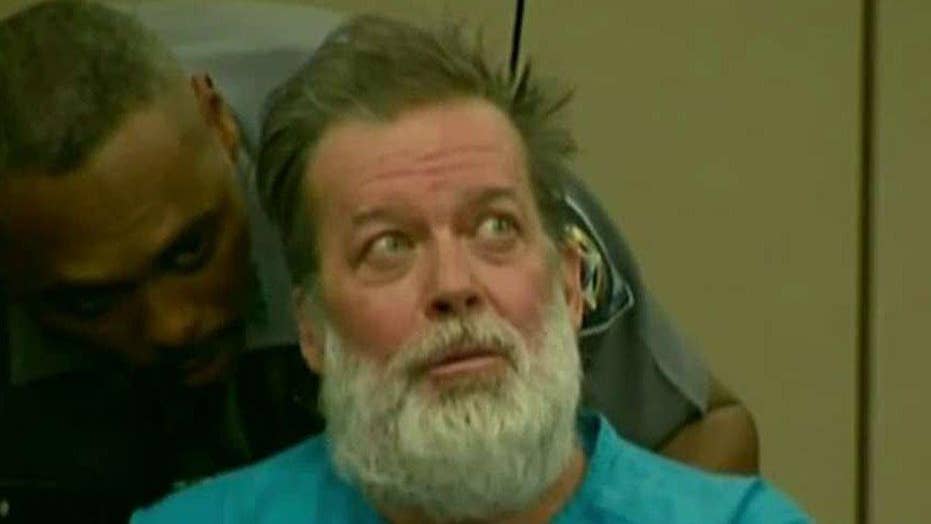 The clinic had more than 30 scheduled appointments, plus walk-ins, said Vicki Cowart, president of Planned Parenthood of the Rocky Mountains. Security guards were on duty, and the organization was reviewing safety, she said.

"We are opening today with our eyes to the future," Cowart said.

The rest of the week's schedule was nearly full for a range of health services, including abortions, the Colorado Springs Gazette reported.

Only about a third of the building was in use because crews still were repairing damage from the Nov. 27 attack. The entrance was heavily damaged by a police armored vehicle during the response to the shooting.

Robert Lewis Dear has been charged with 179 counts including murder, attempted murder and assault. During courtroom outbursts, he declared himself a "warrior for the babies" and said he was guilty.

A judge ordered Dear to undergo a mental health evaluation to determine if he is competent to stand trial.

Police and witnesses said Dear began shooting in the parking lot before moving into the building. Over the next several hours, SWAT teams tried to rescue people from hiding places inside the clinic and to corner Dear as he kept firing.

He surrendered about five hours after the attack began.

Among those killed was a police officer with the University of Colorado-Colorado Springs who had gone to help. Two civilians also died, and five police officers were among the wounded.

Words of encouragement were written on the sidewalk in chalk Monday, and an ornament hanging on a nearby tree read "Hope."

Cowart said the 15-member staff is tough but suffered from the attack.

"I don't want to underplay that this has been hard on our people," she said.

Abortion protesters also returned to the area, holding signs along a nearby street, but they distanced themselves from Dear's actions and expressed sympathy for the shooting victims.

"No one deserves to go through what they went through," protester Joseph Martone said. "We respect life. All life."