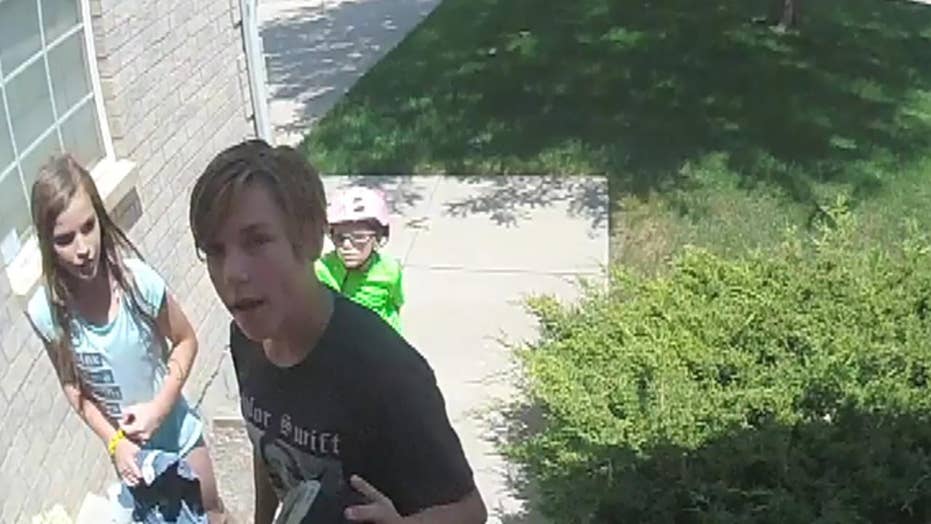 While riding their bicycles, a group of Colorado children discovered a wallet with $700 by the road. But instead of keeping the cash, the kids were caught on camera returning it to its rightful owner.

“We found your wallet outside of your car, and we just thought we would give it back to you so … I’m going to put it over here so no one takes any money,” one of the children said when a doorbell camera prompted them to leave a message.

The kids, from Aurora, placed the wallet near the house, out of shot of the camera, and scurried off with their bikes.

The wallet belonged to Nigel Drake, and when his dad saw the doorbell footage, he posted it to social media in an attempt to find and thank the kids. It has since gone viral – raking in more than 2,000 shares and 125,000 views.

“It gives you faith in humanity a little bit that there are good kids out there,” Drake told KUSA-TV. “These kids’ parents are raising them the right way.”

He said his wallet must have fallen out of his pocket after he got off of work and was carrying things inside the house. He told KUSA that he is figuring out what to get the kids to say thank you.

“It gives you faith in humanity a little bit that there are good kids out there.”

Two of the children have been identified as Haylie Wenke, 13, and her six-year-old little brother Reagan.

Haylie Wenke said she knows that “if you see something that someone left or dropped, just to always give it back and do the right thing.”

Reagan Wenke said he already has money in his piggy bank.