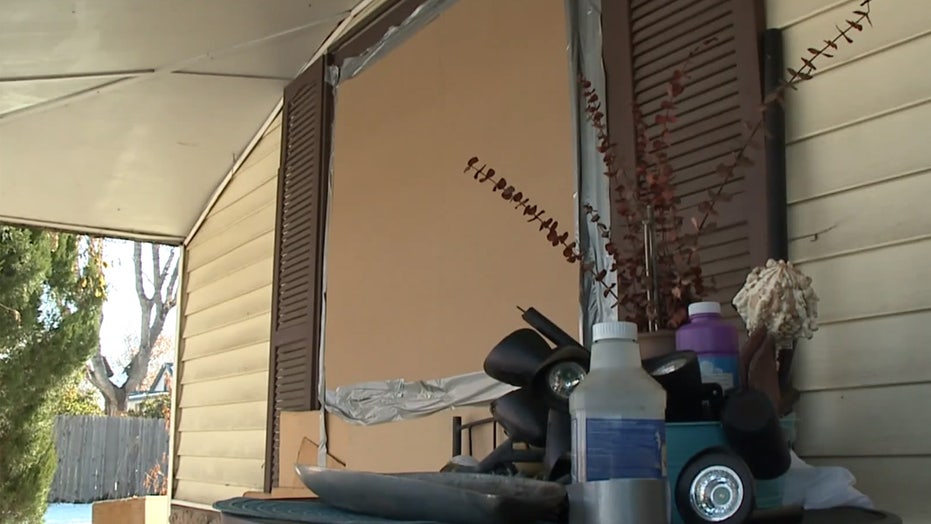 A homeowner in Colorado shot a man who was allegedly trying to break into his home early Saturday after warning multiple times he had a weapon, according to officials and family members.

The Denver Police Department said on Twitter the incident happened around 12:44 a.m. on the 4600-block of Wyandot Street in the city's Sunnyside neighborhood.

The suspect, identified as 25-year-old Aaron Rivers, was attempting to break into the home through the front door.

Police told FOX31 that when Rivers wasn't able to get in through the front door, he began damaging furniture on the porch and broke the front window.

A 25-year-old man was shot by a homeowner in Colorado after he attempted to break into his home early Saturday, according to officials. (FOX31)

When he tried to go through the front window of the home, officials said the homeowner fired his weapon several times at Rivers, striking him in the arm. The 25-year-old was transported to an area hospital with a non-life threatening injury, according to police.

Family members told FOX31 the homeowner told the suspect to leave several times, warning he had a gun, but the 25-year-old proceeded to break the window and was later shot.

“I just feel sorry for my neighbors over there, they are a nice couple and they have a little boy,” Kathy Parsons, a neighbor across the street, told the television station. “The guy started to try to beat down the front door and he was afraid he had a gun ready for him to come through.”

The homeowners told FOX31 they have no connection to Rivers.

The incident was still under investigation by police.