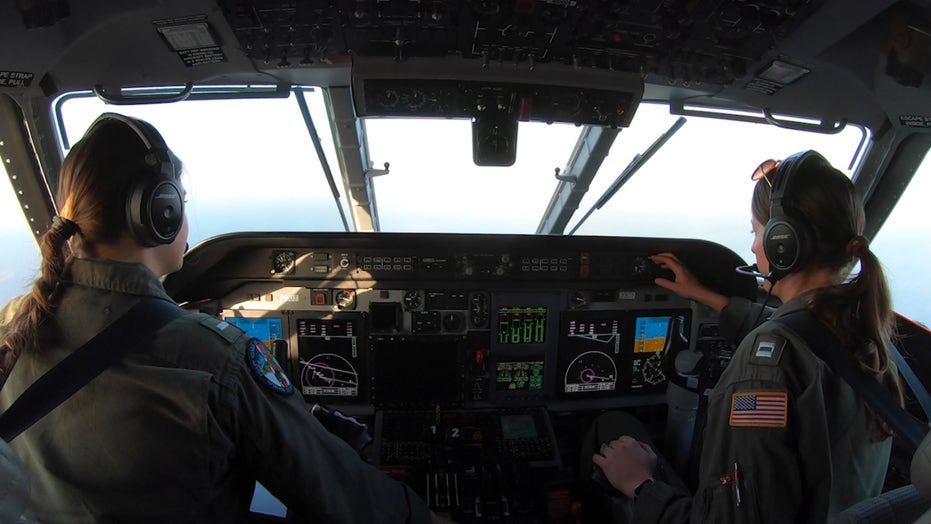 The Coast Guard is seeing more Haitian migrants trying to reach the Florida coast by boat.

It's a dangerous journey that many do not survive.

Fox News embedded on one of the Coast Guard's routine law enforcement flights Monday for a first-hand look at how busy the agency has been with rescues.

From the sky, a flight crew surveys roughly 700 miles of open waters, from Miami to Haiti and Cuba. They look for people trying to illegally enter the United States.

"The Coast Guard's main mission is search and rescue, so when we get out here, that's our main concern," said Lt. Katrina Prout, the flight's air commander. "Even though these people are from a different country, we're all still people at the end of the day, and we're concerned about their safety and life at sea."

About 30 minutes into Monday's flight, the crew found something, a Haitian boat about 75 miles southeast of Key Largo.

Two Coast Guard cutters stopped a Haitian boat Monday attempting to make it to the U.S.

"At this point, we're used to this drill," Prout said. "We'll get a call from a cutter [Coast Guard boat] or a good sam who has seen someone out here."

If the passengers are in distress, the flight crew can deploy a raft and life jackets before their boats get to them. They can also drop food and water.

"When the cutters arrive on scene, they're going to take all the migrants onto their vessels and conduct interviews with all the persons, see if they have any credible manifestations of fear from their home country," Prout said. "Most likely they'll be repatriated back to Haiti or their country of origin."

The route past the Bahamas to south Florida has been attempted by Haitians for decades, but this is the busiest the Coast Guard has been with interceptions since 2004.

The Coast Guard picked up 63 Haitians Monday morning. Friday, they stopped 102 people. Wednesday, they picked up 64.

Friday, the Coast Guard stopped a boat with 102 Haitians onboard.

"I think there's a misconception that if anyone can get to the country, they're here, but that's not true," Prout said. "We are not allowing people to just come into the country, and risking your lives on this journey, you're risking everything and at the end of the day, you're probably going to be interdicted and sent back to your country."

"We are definitely seeing more people than we saw when the pandemic was in full force," said U.S. Coast Guard spokesperson Nicole Groll.

Groll says most of the Haitian boats are rustic, pieced together basic materials that barely float.

"People go on these without any life jackets, radar, sometimes there's not even a motor onboard," Groll said.

A group of Haitians attempt to make it to Florida on a makeshift boat.

The Coast Guard is doing more patrols of the Caribbean, but with hurricane season coming up, officials hope migrants avoid the voyage.

"We ask the family members here in the U.S. not to encourage illegal migrations," Groll said. "It's just not safe, and depending on the situation your family member is in, they might be paying a smuggler, and a smuggler does not care about your loved ones; they care about their money."

At least 175 Haitians are suspected to have died this year trying to make it to the U.S, and this number is only from boats that have been reported to the Coast Guard as missing or capsized.