Phillip Maglaya, 25, is the wrestling coach who has been arrested on Thursday following the location of a missing 16-year-old girl, authorities said. (San Joaquin County Sheriff's Office)

A 16-year-old Northern California girl who had been missing for the past week was found safe Thursday and her wrestling coach has been arrested, authorities said, adding that the two reportedly had a "romantic relationship."

The girl and the coach, identified as Phillip Maglaya, 25, were found in a home in Stockton, Calif., Fox 40 of Sacramento reported.

The teen, physcially unharmed and in good condition, was returned to her parents, the report said.

The suspect was booked into San Joaquin County Jail, the Record of Stockton reported. He was being charged with multiple crimes, including sex-related offenses involving a minor, and child abduction, the report said.

Bail was set at $2.7 million and the suspect was scheduled to appear in court Friday, according to the report.

"This is a father's worst nightmare," the girl's father told ABC News. "I feel so helpless."

"We trusted him," the girl's mother said, referring to the coach. 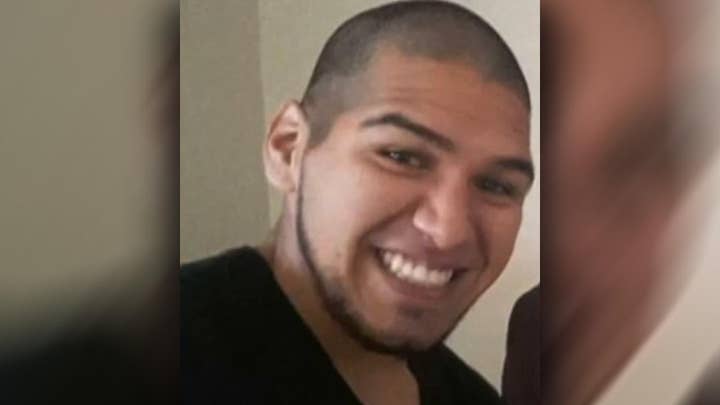 A note that their daughter reportedly left for her parents read, "I love you Mom and Dad, very much, nothing that you guys did was your fault," the mother told ABC.

San Joaquin County Sheriff's Deputy Dave Konecny described the case as an emotional one for him.

The Stockton Unified School District acknowledged in a statement that the coach and teen had started a "relationship," the station reported.

Maglaya was a volunteer wrestling coach at Franklin High School in Stockton, the report said. Investigators haven't revealed when the romantic relationship began between the coach and teen.

Maglaya told the school he would not be returning, the school district said, according to the reports.

It was not immediately clear if Maglaya has legal representation.