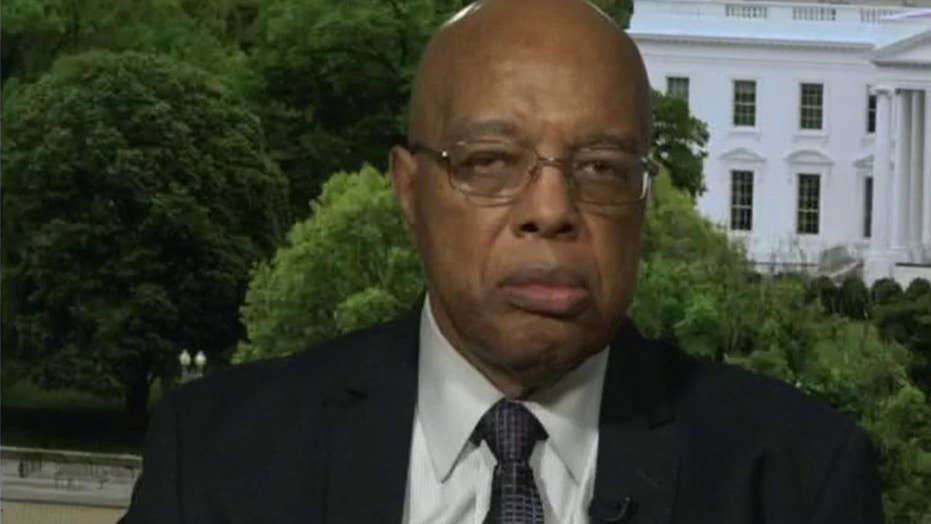 Civil rights pioneer Clarence Henderson discusses division in the U.S., violent protests across the country and progress made for and by Black Americans.

The Black Lives Matter organization "is not a civil rights movement," civil rights pioneer Clarence Henderson told Fox Business Network's “Making Money with Charles Payne” Thursday, adding that the group is made up of "Marxists."

RNC SPEAKERS: WHAT TO KNOW ABOUT CLARENCE HENDERSON

"They have told who they are and their intentions are to tear down the fabric of America," said Henderson, who spoke at the Republican National Convention Wednesday night. "As you said, there is due process, whereas peaceful protest should be always done when things go the wrong way.”

Henderson added that America has made "great progress" from when he took part in the civil rights movement of the 1950s and 1960s, and claimed today's efforts are only stoking racism.

“What is happening right now is that we've got three very dangerous situations in my mind in America,” he said. “That is the media. That is Hollywood. And you have our universities which are teaching our kids ... [differently] than what America is all about.”

Henderson questioned what the protesters are looking to achieve and emphasized that America has a legal system based on due process that works to carry out necessary change.

“We have become, in a lot of ways, a court of public opinion,” he said.

In his RNC remarks, Henderson touted the progress America's Black communities have made under President Trump, arguing that Trump has achieved more for Black Americans in four years than Joe Biden has in 50.