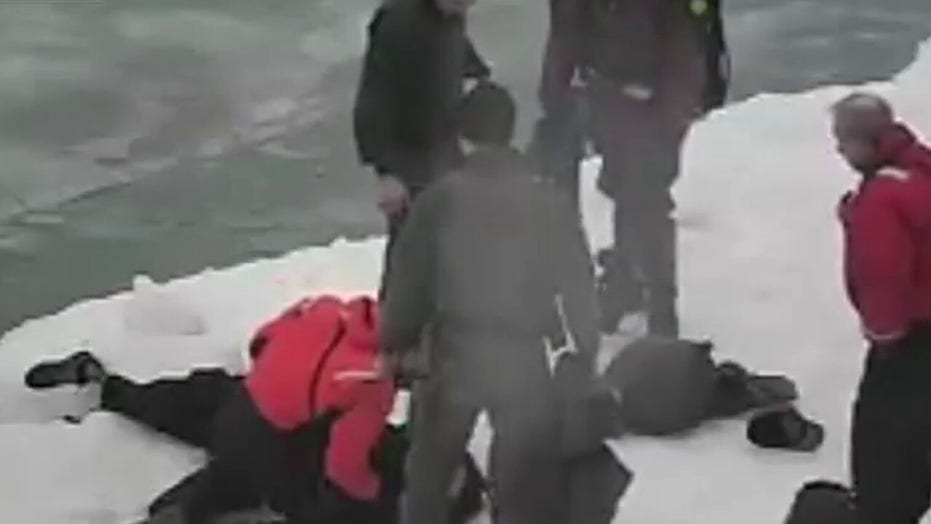 A man is in critical condition after being pulled out of the frozen lake in Chicago.

Authorities in Chicago are praising a jogger who spotted a man in the freezing waters of Lake Michigan over the weekend and alerted police.

The man ended up being rescued by a pair of SWAT officers.

The Chicago Police Department said on Facebook the incident happened around 7 a.m. on Saturday near the 600-block of North Lake Shore Drive after a jogger saw the man fall into the water.

"A special thank you also goes out to the individual who looked out for their fellow Chicagoan and flagged down assistance from our first responder community," police said. "As always, if you see something, say something."

In the video released by police, the jogger can be seen frantically trying to wave down cars after seeing the man fall into the water from the lakefront trail on North Lake Shore Drive.

Authorities said Saturday morning was the "coldest day of the year," as the wind chill was reported to be 5 degrees at the time.

The SWAT officers can be seen racing toward the man, with one officer taking off his jacket to place it on the snow as he attempts to reach the individual.

In the clips released by police, the officers pull the man from the lake and administer first aid as other emergency responders arrive.

The man was transported to Northwestern Memorial Hospital in critical condition, police said.