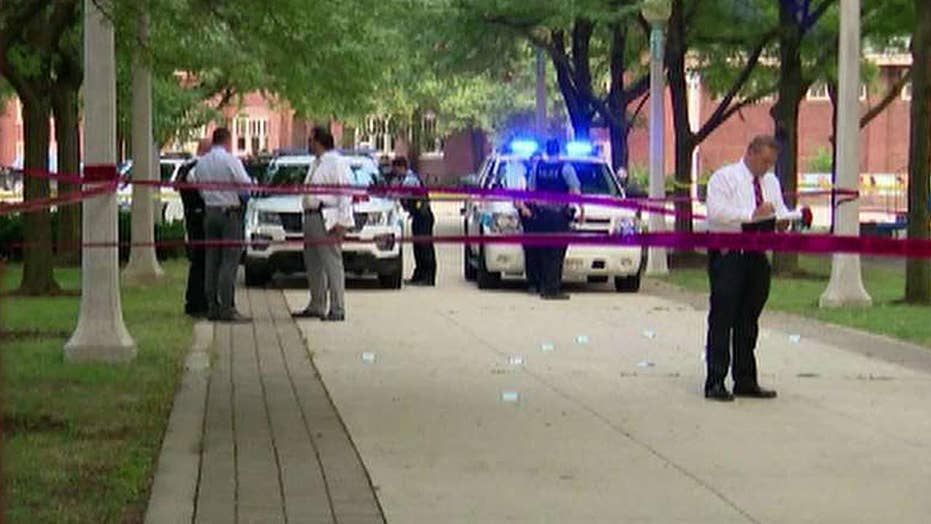 Chicago FOP President Kevin Graham weighs in on what police are doing to combat gun violence.

Chicago is experiencing a violent Labor Day weekend with at least 35 people shot and seven of them killed, the Chicago Sun-Times reported Monday.

Two deadly shootings unfolded Sunday within just over 20 minutes. A 15-year-old boy named Dovantae Jackson was shot on the same block where he lived and was pronounced dead at the scene.

Soon afterward, an unidentified man and woman were shot at a South Side party; the man later died at the University of Chicago Medical Center.

Also Sunday, a drive-by on the Southwest Side killing one man and seriously wounding another.

The previous day, two men were killed and three wounded after a shooter open fired at a group of people who were on the front porch of a home. Doctors pronounced the two dead at two separate hospitals.

A double shooting at Humboldt Park claimed the life of 18-year-old Angel Perez and wounded another man Saturday morning. Willie Coker was shot and killed early Saturday morning while he was outside with a group of people.