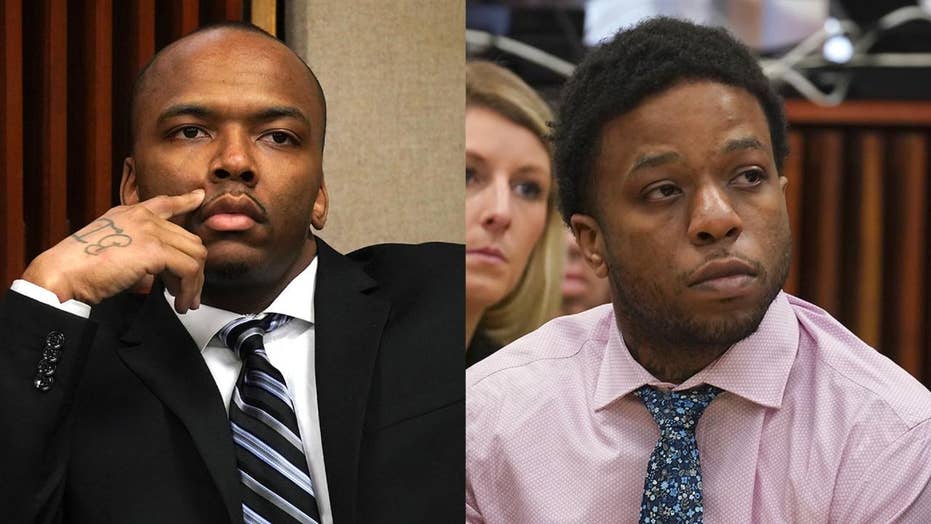 2 Chicago gangbangers executed a 9-year-old boy in a revenge killing against his father's rival gang. The boy’s father is now in jail for a shooting in retaliation of his sons slaying.

Tyshawn Lee, 9, was in his school uniform when three men approached him in the South Side of Chicago in November 2015, prosecutors said during opening statements.

Prosecutors said Corey Morgan and Kevin Edwards kept watch while Dwight Doty lured the fourth grader into an alleyway. They said he promised him a juice box.

Two separate trials began for Morgan and Doty on Tuesday. The two alleged members of the Bang Gang/Terror Dome faction of the Black P Stones gang seek to pin the blame on each other for the child’s slaying, reports said. Edwards, who prosecutors claim was the getaway driver, pleaded guilty earlier this month to first-degree murder in exchange for a 25-year prison sentence, according to the Chicago Tribune. He’s not expected to testify against the other two men.

From left to right: Dwright Doty and Corey Morgan appear during opening statements in each of their separate trials for the murder of 9-year-old Tyshawn Lee at the Leighton Criminal Court building in Chicago on Tuesday, Sept. 17, 2019. (E. Jason Wambsgans/Chicago Tribune via AP, Pool)

Prosecutors argued that Morgan and Doty targeted the 9-year-old because his father, Pierre Stokes, belongs to a rival gang — the Killa Ward faction of the Gangster Disciples. They said the two blame that gang for a shooting in October 2015 that killed Morgan’s brother and wounded his mother.

Morgan's attorney, Thomas Breen, tried to distance his client from the crime.

"That execution of that 9-year-old boy has to come from one singularly evil person," Breen told jurors without naming Doty. "Not from a plan. His killer did so of his own volition and for his own reason. Not at the behest or help of Corey Morgan."

Brett Gallagher, an assistant public defender representing Doty, later pointed out to jurors that Morgan had the motive for revenge and the Morgan family had organized the purchase of the firearm used to kill the child.

The two gangs have been locked in an escalating gang war that could be responsible for up to 15 shootings dating back to 2011, authorities said. Months after the child’s execution, his father allegedly sought revenge by shooting three people, including Morgan’s girlfriend, outside a gas station. He is being held without bail.