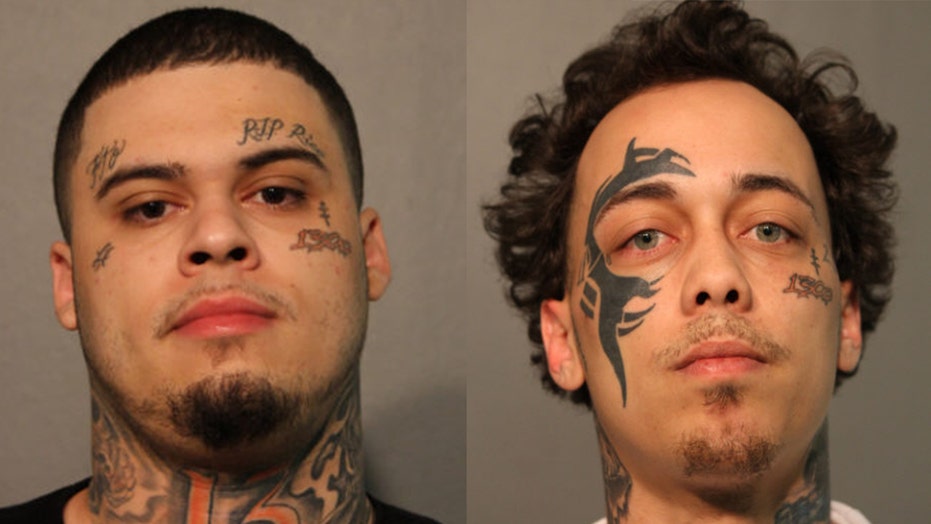 Santo Lozoya, Hector Rojas, Jose Martinez and Pedro Navarro, all allegedly of the Milwaukee Kings gang, were charged in an indictment unsealed on Friday, the Chicago Tribune reported.

The indictment claims the group committed three murders and two attempted murders between 2015 and 2017.

Lozoya, a 21-year-old nicknamed "Saint," and 25-year-old Martinez, otherwise known as "Ghost," were both charged in 2017 with the murder of Crispin Coliz, who was on his way home from a Chicago Bulls game in December 2016 when he was shot.

Navarro, who prosecutors say goes by "Cuba," allegedly shot Xavier Soto and another teenager in April 2016. Soto, said to be part of the rival Latin Brothers gang, died two days after the shooting. Navarro allegedly confessed to a fellow gang member who was recording the conversation for the FBI.

Rojas, 26, allegedly killed 19-year-old Daniel Guerra in September 2015. He was charged with first-degree murder in connection with the shooting in 2016.

Lozoya, Martinez and Rojas all entered not guilty pleas on Thursday, according to the news outlet. Navarro is scheduled to be arraigned at a later date.