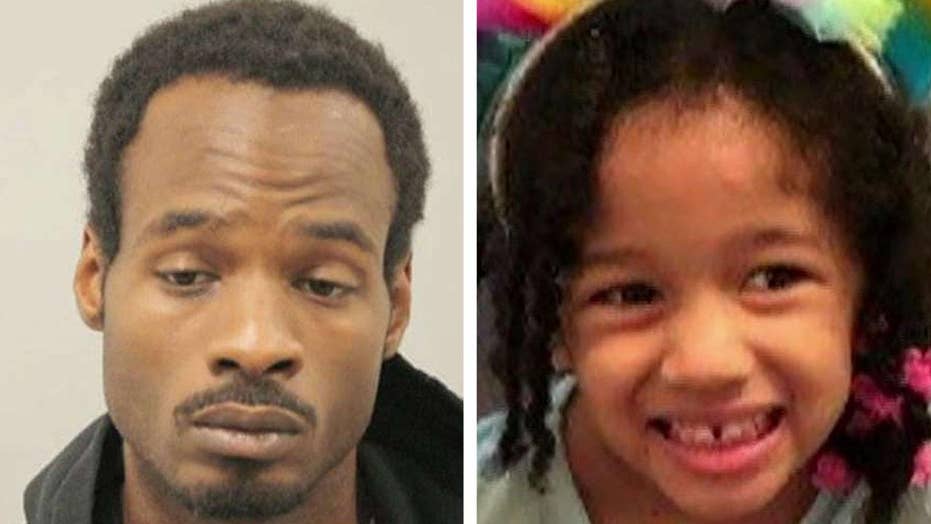 Police say that he has been charged with tampering with a human corpse.

A man who told investigators the 4-year-old daughter of his girlfriend was abducted by three men in a pickup truck was arrested near Houston on Saturday in connection with her disappearance as officials revealed her blood was discovered in his apartment.

The Houston Police Department said in a statement that 26-year-old Derion Vence, who had lived with Maleah Davis and her mother, was arrested at his brother's home in Sugar Land, located southwest of Houston.

Vance was charged with tampering with evidence, specifically a human corpse, according to police. Dogs trained to find cadavers reacted to the trunk of his silver Nissan Altima, Pat Stayton, a prosecutor with the Harris County District Attorney's Office, said at Vence's probable cause court hearing Saturday night.

"At this point in time those are the charges we have filed and I can't say any more than that," Houston police spokesman Kese Smith told The Associated Press.

Blood evidence found at Vence's apartment has been linked to Maleah, and he was also seen on surveillance video carrying a full laundry basket from the apartment, stuffed with a full garbage bag as well as multiple bottles of bleach, according to police.

Derion Vence, the man who reported 4-year-old Maleah Davis had been abducted from him last weekend was arrested near Houston Saturday in connection with her disappearance. Houston Police said they found blood in his apartment linked to her. (Houston Police Department)

Vence had told police last Saturday that three men in a pickup truck abducted him, Maleah and his 2-year-old son before freeing him and the boy. But Sugar Land police, who initially interviewed him, said his story kept changing and was inconsistent.

The 26-year-old had reported that car was taken in the abduction but surveillance video showed that vehicle was used to drop Vence off later at a hospital, where he first reported the abduction, police said in a news release.

On Thursday, Vence's silver 2011 Nissan Altima was located in Missouri City, Texas. Houston police said the laundry basket that Vence was caught on camera carrying from his apartment was found in the trunk of the Nissan, along with a gas can.

A Houston Police spokesperson said authorities have still not found the girl and the investigation is continuing. After his arrest, bond was set at $999,999 with a court date scheduled for Monday, Fox 26 reported.

Police: Stepfather claims missing Texas girl was abducted by men who let him and his 2-year-old son go free

Search intensifies for 4-year-old Maleah Davis who was last seen on May 3; Casey Stegall reports from Dallas.

Maleah's mother, Brittany Bowens, said through a spokesman that Vence is her former fiance. Bowens appeared outside her apartment Friday as Quanell X, a local civil rights activist, addressed reporters on her behalf.

Quanell X told Fox 26 after Vence's arrest the mother feels like she failed her daughter.

"She’s devastated that she knows she could have done a whole lot more in better protecting Maleah on several different fronts," Quanell X told Fox 26. "But, of course, hindsight is 20/20. But, the telltale signs were there and so the mother is beating herself up."

The spokesman added that Vence had abused Maleah and that Bowens believes Vence harmed the girl.

Police have described Vence as Maleah's stepfather. But Quanell X said that Vence and Bowens were recently in a fight and she broke off their engagement.

Child Protective Services removed Maleah and her brothers from the home Vence and Bowens shared in August after the girl suffered a head wound, but the children were returned in February, according to an agency spokeswoman.

Bowens had told KTRTK-TV the injury was determined to have been caused by a fall.