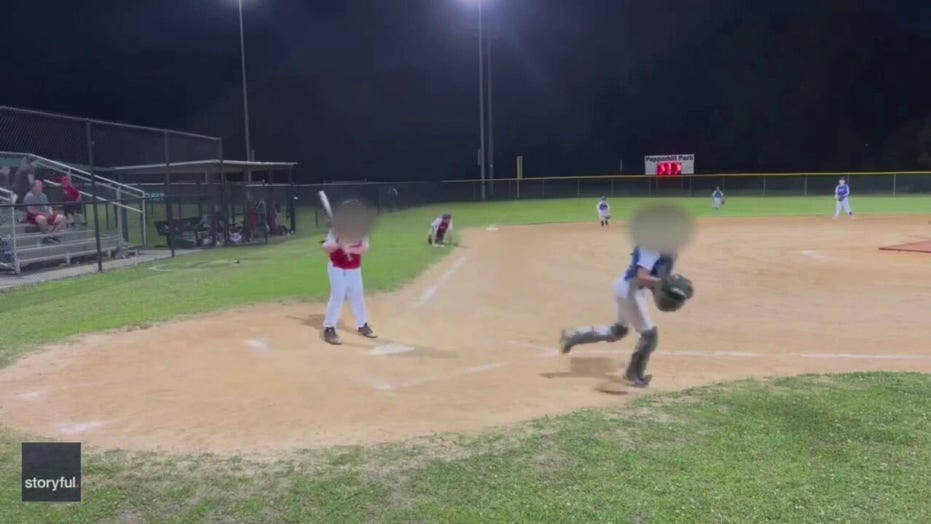 Players, coaches and parents sought cover as gunshots were heard during a South Carolina baseball game.

Gunshots were heard around 8:45 p.m. Monday at a Dixie Youth league baseball game at Pepperhill Park in North Charleston.

Chilling video footage during the game filmed by parent Blake Ferguson shows children rushing to take cover as shots ring out near the field. Several children are heard screaming and calling for their parents as they run for cover.

Approximately 20 gunshots were heard from the field, according to a police report. Local police were immediately dispatched to the ballpark.

Witnesses at the park said they had seen a group of teenagers pull into the parking lot in separate cars and begin fist fighting. It was then that they began shooting at each other and fled.

Authorities say they do not believe the violence had anything to do with the game itself.

Children and coaches duck for cover as gunshots ring through the stadium.  (Jeffrey Blake Ferguson)

"NCPD officers are actively investigating this incident to the fullest extent of the law and will do everything in their power to locate and arrest the individuals involved in this heinous and reckless act. We will leave no stone unturned in bringing these suspects to justice," a police statement said.

Mayor R. Keith Summey reacted to the video, with police saying the mayor was "appalled by what he heard and saw." The mayor held a press conference Tuesday, saying the incident "broke the hearts of a lot of people."

Summey stressed the need to curb gun violence, stating the police department would begin to "take guns off of the streets again."

Lori Ferguson said she suddenly heard "boom, boom, and ‘Get down, everybody, get down!’"

"And you’re at a park. My kids are not with me directly and you just see everybody scattering. And my son’s on the pitcher mound by himself and it was just the most traumatic thing as a mother, as a citizen of this city, that you just feel helpless. I felt completely helpless," she told WCSC-TV.

She said her kids were "traumatized" by the incident.

They didn’t want to take a shower, in our own home, because now they’re traumatized by what happened tonight," she told the station.

Police on Tuesday morning were going to hold a meeting to ensure safety for kids "when playing on our parks and playgrounds," Police spokesman Harve Jacobs said.

"We will also make arrangements for the children, parents, coaches, and volunteers who were affected by this event are provided with the resources necessary to assist them in dealing with such a traumatic incident," he added.

Authorities are asking for anyone with information about the incident to come forward. A $10,000 reward is being offered for the arrest of the suspects.

No injuries were reported following the incident at the baseball field.