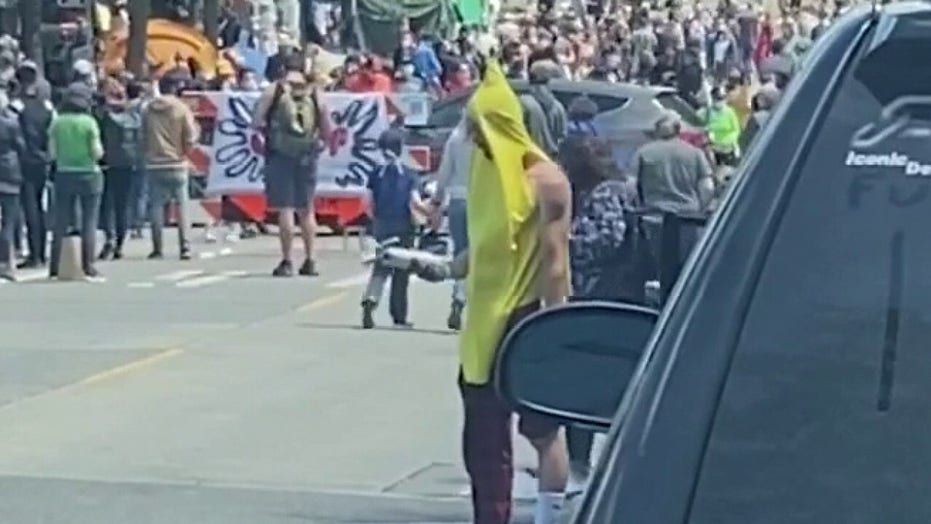 The Seattle city attorney's office announced Wednesday that misdemeanor charges against protesters arrested during weeks of demonstrations that have sometimes devolved into confrontations with police and vandalism might not be prosecuted or could be referred to community-based programs in lieu of jail time.

“After two weeks of anguished demonstrations over the murder of George Floyd and the killing of other unarmed black men by police, it is plain to me that peaceful protestors should not be prosecuted despite having been arrested during events that have sometimes devolved into violent and destructive confrontations with Seattle police and supporting law enforcement agencies,” Seattle City Attorney Pete Holmes said in a statement Wednesday.

The Seattle Times reported 37 misdemeanor cases have been referred to Holmes' office for a range of offenses, including resisting arrest, theft, criminal trespass, obstructing police and minor assaults. Half were for obstruction and failure to disperse, spokesman Dan Nolte told the newspaper.

"Attorneys will go through and look at body-camera footage, look at the evidence and decide whether it’s worth prosecuting at all,” Nolte said.

Other cases are “a little more problematic,” he said.

Holmes said that CHOOSE 180, a youth diversion program that keeps 18- to 24-year-olds out of the criminal justice system, has agreed to accept those referred by Holmes' office.

“After engaging with Sean’s team to work through their experience, they’ll be connected to an organization that will help them advance the cause that they were passionately protesting for," Holmes said of Sean Goode, the program's executive director. "After they engage, I will toss their criminal case referral in the figurative waste basket. No criminal charge. No criminal record. No jail."

"CHOP" is painted on a barricade Wednesday inside what has been named the Capitol Hill Occupied Protest zone in Seattle. Police pulled back from several blocks of the city's Capitol Hill neighborhood near the Police Department's East Precinct building earlier in the month after clashes with people protesting the police killing of George Floyd in Minneapolis. (AP Photo/Ted S. Warren)

Meanwhile, the city is still contending with protesters who continue to occupy the Capitol Hill Organized Protest, or CHOP, in the city's Capitol Hill neighborhood. The zone comprises several city blocks in the downtown area where the police department's East Precinct was abandoned after clashes with people protesting the death of George Floyd.

Protesters have called for the building to be converted into a community center.

Police officers will only enter the zone to respond to “significant life-safety issues,” the office of Mayor Jenny Durkan said Tuesday. Organizers and city officials recently agreed to remove temporary roadblocks put in place by protesters in favor of concrete barriers and reducing the size of the occupied area from six blocks to three.