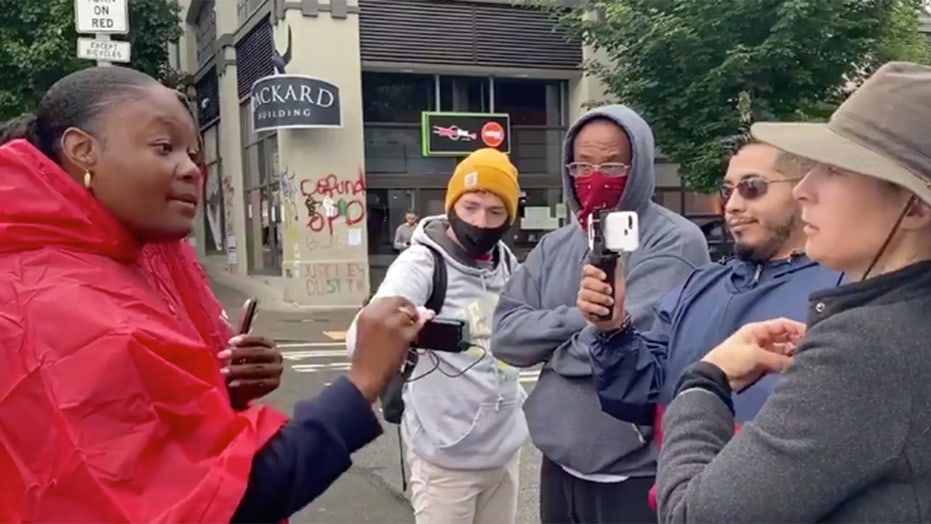 Bevelyn Beatty, a conservative activist, wore a red poncho speaking to protesters outside the "Capitol Hill Organized Protest" on Monday.

“I know people don’t like Trump. I understand that ... If I had to pick between him and Joe Biden, I am not voting in Joe Biden," she said in a video tweeted by Seattle journalist Katie Daviscourt. "You want to see a bunch of black people go to jail by the next four years, put Joe Biden in. Watch what happens."

Beatty and Edmee Chavannes, co-founders of At the Well Ministries, who were handcuffed at the end of May praying outside a New York City Planned Parenthood as there were mass protests approved by Mayor Bill de Blasio, were seen speaking to a woman outside the zone in Seattle, formerly known as CHAZ, after telling them: "Black Lives Matter can't save you. Only Jesus can save you."

“You want to see black men get killed substantially like you’ve never seen before, put Joe Biden in,” she added. "These Democrats ... and I'm not trying to be racist, hate black people."

Beatty, who is black, told the group Democrats are historically anti-black, supporting slavery, "built the KKK .. and hated us from the beginning."

She said the Republican Party is "the party of the blacks," history that isn't taught in schools. Beatty has told Fox News she doesn't support Black Lives Matter nor their acceptance of LGBTQ agenda or other liberal policies advocated by the organization.