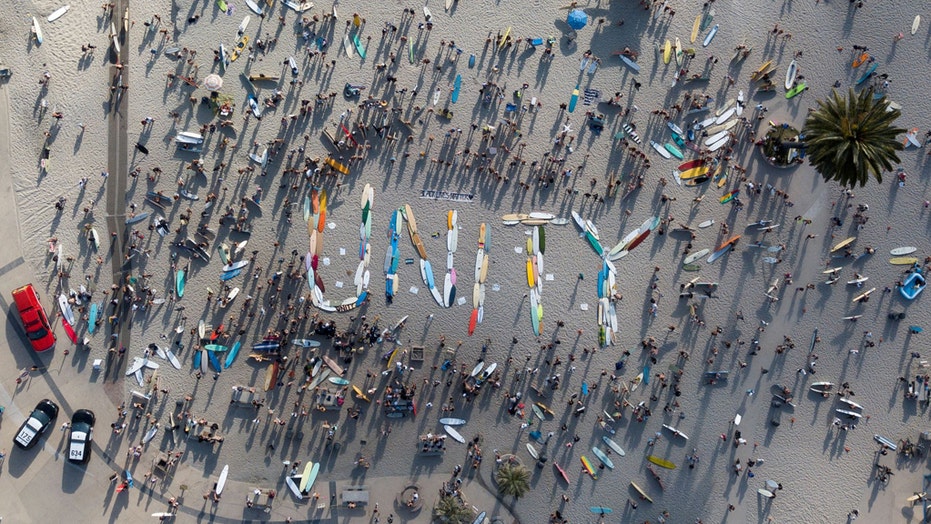 Hundreds of surfers in California paid tribute to George Floyd as protests continue across the nation.

They gathered at Moonlight State Beach in Encinitas Wednesday in a special ceremony typically reserved for the death of a member of the surfing community, the Evening Standard reports.

Surfers spelled out "unity" with their boards after holding a moment of silence for eight minutes and 46 seconds, the length of time a white police officer in Minneapolis had his knee on Floyd's neck before he died.

Hundreds of surfers gather in support of Black Lives Matter, following the death in Minneapolis police custody of George Floyd, as they spell "UNITY" with their boards before participating in a paddle out for unity at Moonlight Beach in Encinitas, Calif., June 3. Tyler Transki/Handout via REUTERS

Then they paddled out in honor of Floyd.

"My culture and my surf community, bringing those two together and marrying them in a beautiful way in a tribute in the form of a paddle out, there's nothing more sacred than that,” Lyons said.

Local authorities fast-tracked a permit for the peaceful gathering, where social distancing and masks were encouraged, FOX 5 reported.

In other parts of the country, surfers are holding similar demonstrations to the “Paddle Out for Unity in Solidarity with Black Lives Matter.”