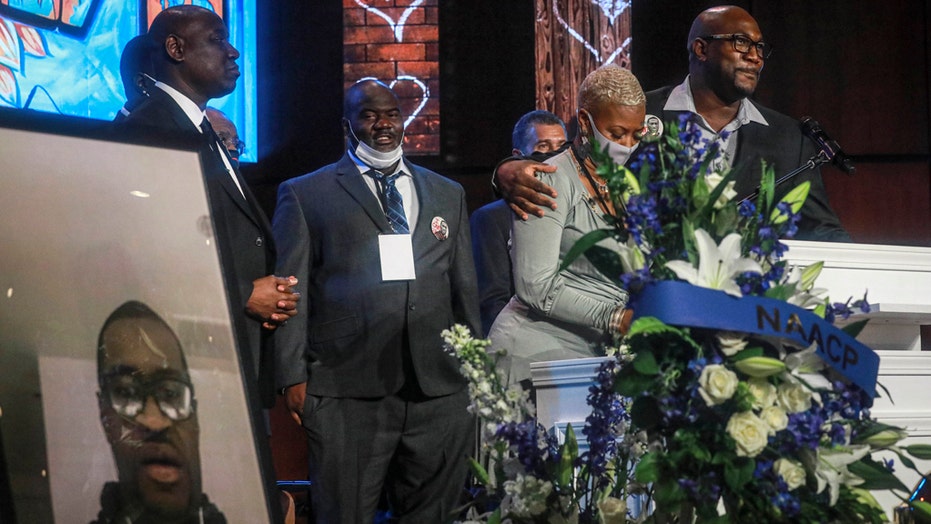 People around the world have donated money in memory of George Floyd, who died while in police custody in Minneapolis, breaking previous records.

The "Official George Floyd Memorial Fund" on the GoFundMe site surpassed $13 million and broke the record for the highest number of individual donations on the crowdfunding site, a spokesperson told TMZ.

The campaign, organized by Floyd's brother, Philonise, more than a week ago, has gotten nearly 500,000 donations from 125 countries.

"From the bottom of our hearts my family thanks each of you who have reached out," Philonise wrote in a statement on the page. "While we are not able to respond to each expression of love at this time,  please know that we love and appreciate each and every one of you. Our hearts are overwhelmed!"

The fund will cover funeral and burial expenses, mental and grief counseling, lodging and travel for all court proceedings, and to assist the family in days to come, he said. A portion also will go to the Estate of George Floyd for the benefit and care of his children, and their education.

The new donations record puts a campaign to raise funds to build a wall at the U.S.-Mexico border in the number two spot, with more than 300,000 donations and more than $25 million raised. The third is now a coronavirus campaign raising funds for ICU beds in Italy. It had more than 206,000 donations in less than three months, TMZ reports.