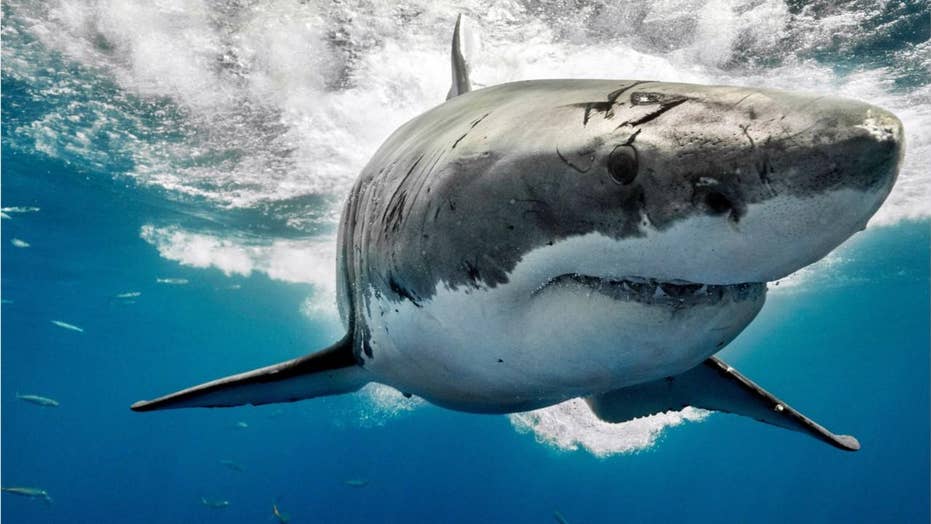 A California surfer says he is 'happy to be alive' after he was attacked by a Great White shark.

A California surfer says he's just “happy to be alive” after getting up close and personal with a hungry shark.

Nick Wapner, a 19-year-old communications sophomore at Cal Poly, went to Montaña de Oro State Park on Tuesday for what should have been a typical day of surfing -- at least until a real-life "Jaws" showed up.

“It all happened quickly, but I turned and saw that it had one of my legs in its mouth,” he told the Tribune of San Luis Obispo.

The 19-year-old said at about 10 a.m. he was paddling into position for an incoming set of waves when the shark suddenly came up beneath him.

The shark, which Wapner identified as being a great white, grabbed on to the lower part of his legs and thrashed around for “a full second” before Wapner managed to kick hard enough to wrangle free.

“The thing was huge,” he said, estimating the shark at about 15-feet in length with an 18-inch dorsal fin.

He recalled yelling to his friends – who had already headed back to shore – that he had just been attacked by a shark.

Montaña de Oro State Park Ranger Supervisor Robert Colligan told the Tribune a state park ranger interviewed Wapner at Sierra Vista Regional Medical Center. He said the shark did not penetrate any of the surfer’s limbs -- but it did leave quite an impression on his surfboard.

“It may have been kind of an exploratory bite, as sharks will sometimes do,” Colligan said. “The shark might have bitten, and then realized it wasn’t what it was looking for and let go.”

Wapner, who grew up in Palos Verdes near Los Angeles and regularly surfed at L.A.-area beaches, received about 50 stitches on his legs before he was discharged from the hospital.

He said the attack will not prevent him from hitting the waves again.

“I’ll just take it one day at a time,” Wapner said.