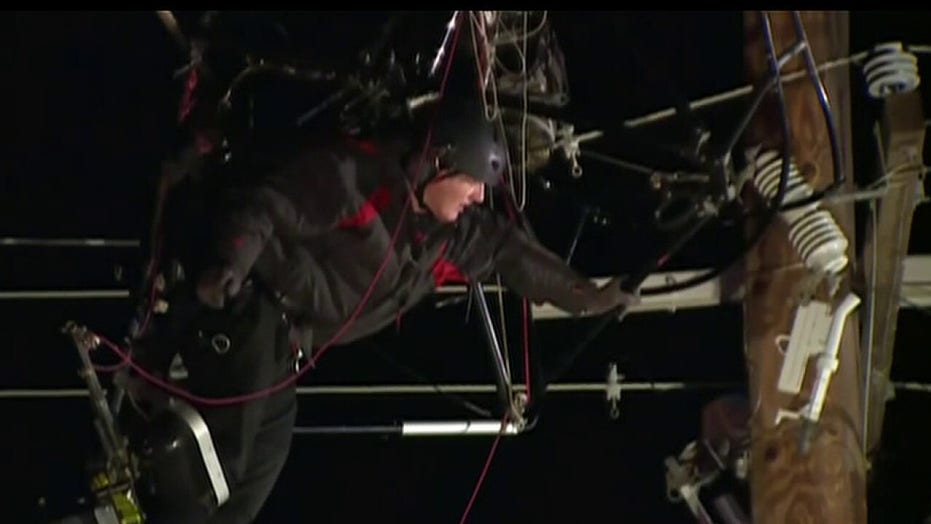 Emergency crews worked for three hours to free a paraglider pilot that crashed into power lines near Yuba County Airport.

A paraglider in northern California remained stuck for nearly three hours Wednesday after careening into power lines in a crash landing that meant electrical outages for more than 4,500 residents.

Emergency responders came to the scene after 5 p.m. in a residential neighborhood near the Yuba County Airport in Olivehurst, about 40 miles north of Sacramento. They found a paraglider dangling above the street caught in electrical wires.

The man remained alert and was talking to emergency personnel when they arrived, Fox 40 Sacramento reported. But he remained stuck for three hours until he could safely be rescued.

Pacific Gas and Electric cut off power for more than 4,500 people, according to the Sacramento Bee, as rescue crews worked to get the man down. Emergency personnel had to wait for electricity to drain from the wires before they could make physical contact with the man.

“Our main focus was letting him know to stay in contact with the aircraft, not to try to reach out, touch us or move around as much so that the aircraft stayed still and wouldn’t potentially fall,” Fire Battalion Chief Randy York said, according to Fox 40 Sacramento.

Two firefighters eventually lowered the man to the ground at about 8:15 p.m. Crews later removed the aircraft itself and repaired the lines. Pacific Gas and Electric restored power for most of its customers in the area.