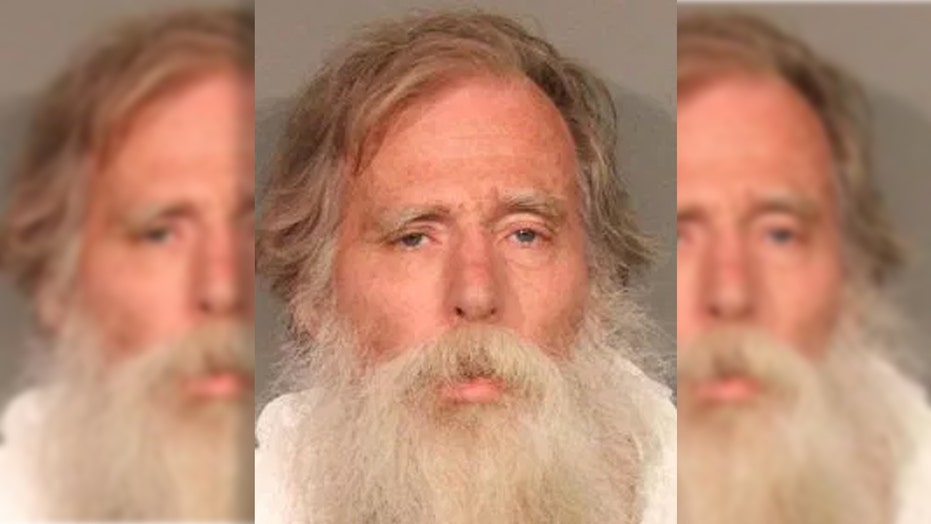 A grisly discovery in northern California on Sunday led authorities to an elderly woman's suspected killer when cops found a man covered in blood lying in the middle of a street, according to officials.

The Roseville Police Department said in a Facebook post that officers initially received a report about a "subject lying in the street" and responded.

As officers began to investigate, they found an elderly woman dead at a nearby home who was "associated with the male."

A spokesperson for the department told FOX40 the man, identified as 64-year-old Anthony Brant Taylor, was arrested after he led officers to the home.

Anthony Brant Taylor, 64, was arrested in connection with the killing of a woman after he was discovered "covered in blood" lying in the middle of a street, according to officials.

“At this time, the suspect is not currently in the hospital," Spokesperson Rob Baquera told FOX40. "He is not being treated for any injuries. He is in police custody, being questioned by detectives."

A neighbor told FOX40 the killing was shocking.

"It's still kind of scary when it hits home literally on your street and you come home with tape all over your house," one neighbor told FOX40.

Authorities have not yet revealed how the woman died, or what kind of weapon was used. The incident remains under investigation, according to police.