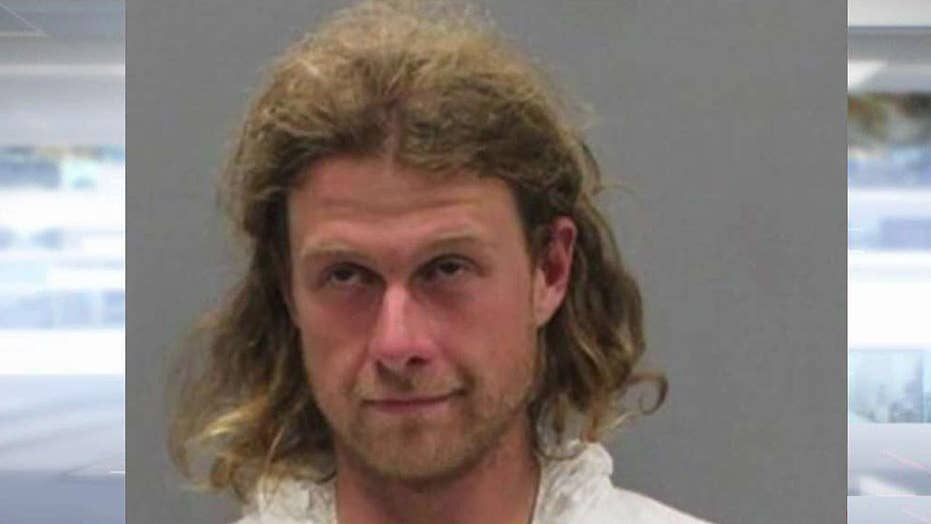 An arrest was announced Sunday after a machete attack on the Appalachian Trail in Virginia left one man dead and a woman seriously injured.

James Jordan, 30, of West Yarmouth, Mass., was arrested early Saturday on a federal complaint charging him with murder and assault with intent to murder in connection with the “senseless and brutal attack” on the two unidentified hikers, Abingdon U.S. Attorney Thomas Cullen said.

Mugshot for James Jordan, accused in a machete attack on the Appalachian Trail in Virginia early Saturday that killed a male hiker and severely injured a female hiker.  (U.S. District Court )

“I commend local law enforcement in Wythe and Smyth Counties for mobilizing successful rescue and tactical operations in this remote region,” Cullen said. “Thanks to their efforts, the suspect was safely apprehended and a seriously wounded victim received critical medical care.”

The victims were hiking together when they were attacked, WSLS-TV reported. Deputies responded sometime after 3:30 a.m.

The deputies used GPS to find the man in Wythe County after he sent out an emergency notification on his cellphone, the station reported.

Two hikers helped the woman after she walked six miles injured and bleeding, according to the station.

After Jordan's April arrest in Unicoi County, Tenn., he pleaded guilty to criminal impersonation, drug possession and public intoxication, WJHL reported. He also was fined as part of his sentence.

Authorities released this photo of James Jordan in April after they said he brandished a knife and machete at hikers on the Appalachian Trail in Tennessee and North Carolina. At the time authorities knew the man only as "Sovereign."  (Unicoi County Sheriff's Office )

The arrest came after authorities said a hiker calling himself Sovereign who had a pit bull with him had brandished a knife and machete at hikers on the Appalachian Trail in Unicoi County and Madison County, N.C.

"You had a lot of miscommunication on social media (on Monday) and people wondering if this guy was a threat. He is a threat," Unicoi Sheriff Mike Hensley told WCYB-TV at that time.

"We have thousands of people come through Unicoi County on the Appalachian Trail and when we get a report of suspicious activity, we take those seriously because we want people to be safe."