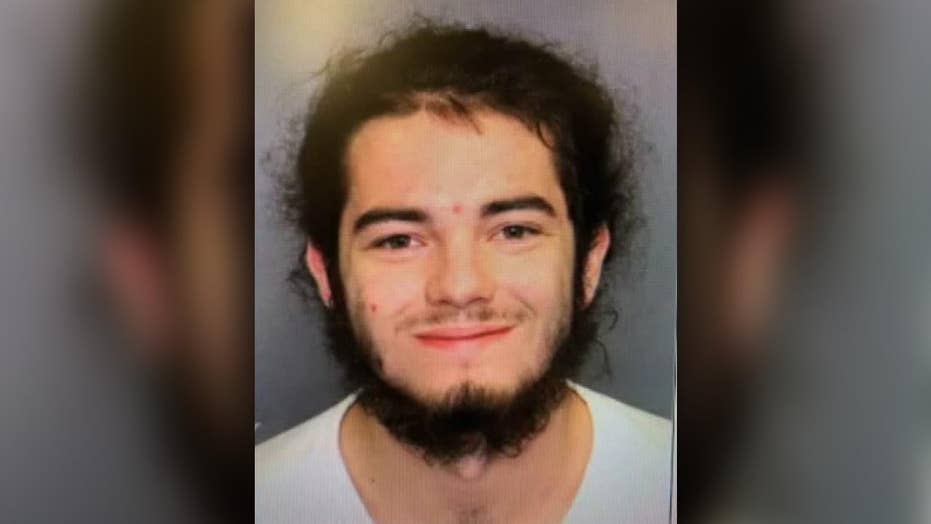 Man in Lyft, a wanted passenger?

A hit-and-run suspect and a police pursuit.

A California Lyft driver was completing a trip on Saturday night when police officers pulled her over and descended on her vehicle. It was then that Mariza Ruelas realized she was carrying a wanted man.

Said Ruelas: “The one question every passenger asks as soon as they get in if they’re talkative is, ‘What’s the craziest thing that’s ever happened to you'" as a Lyft driver?

She said she never had a particularly interesting response -- until this weekend.

Ruelas pulled up to a home in Stockton, Calif., and noticed it was surrounded by police cars; it seemed obvious that police were looking for someone.

Eventually, a visibly nervous 22-year-old, Michael Magdaleno, got into her car.

“The guy was just like: ‘I’ll pay you cash. I just want to get home.’ You could hear the desperation in his voice,” she told Fox 40. “I kind of already had a gut feeling, like, ‘This might be the person that they’re looking for.'"

When police confirmed her suspicions by urging her to pull over, Ruelas ordered Magdaleno not to flee. “I told him, too, I was like, ‘Don’t you dare run out of this car.’ Because I have kids, I told him, ‘I’m not trying to get caught in the middle of no gunfire,’” she said.

Magdaleno and his girlfriend, 21-year-old Clarissa Roots, were arrested in connection with a hit-and-run, which occurred just before Magdaleno hailed his Lyft ride. (The person who'd been hit was not severely injured.)

Police could not immediately be reached for comment, however they told Fox 40 Magdaleno had a bag of cash with him but no drugs or alcohol.

And now? Now Ruelas has that wild story to share with passengers and other drivers at last: “I didn’t disappoint all weekend. Everyone was in awe that this happened.”