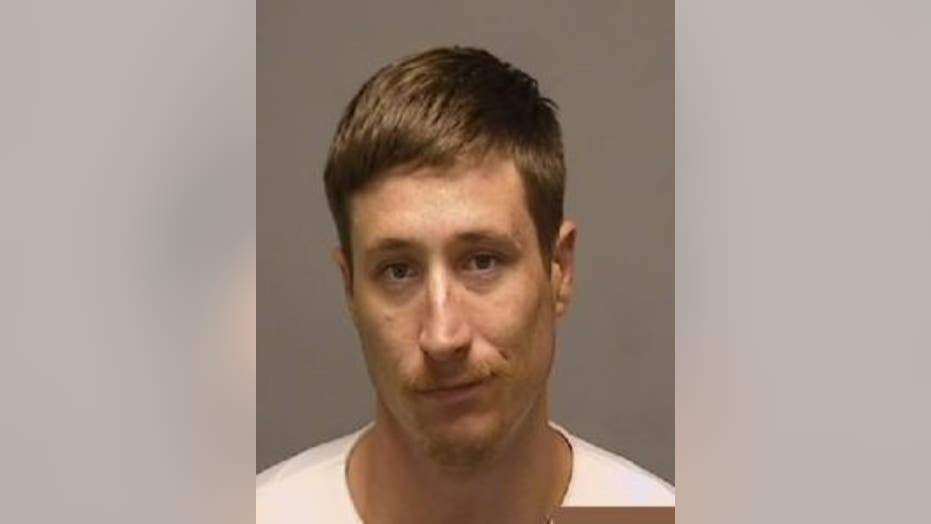 Two 10-year-old girls in central California fought off a nude intruder who broke into their bedroom and touched them inappropriately, police said.

Clovis police said the two girls were having a sleepover when the man forced open a window just after midnight on Sunday. The two girls reportedly woke up to the man touching them inappropriately.

The young girls fought him off and he left through the same window he entered. The girls alerted adults in the home, who contacted police.

Investigators on Wednesday arrested 26-year-old Timothy Jay Picard, of Fresno, in connection with the incident.

Timothy Jay Picard, 26, was arrested for allegedly breaking into a California while naked and touching to sleeping girls inappropriately. (Clovis Police Department)

Picard, who has multiple previous arrests, including on allegations of stalking and burglary, was charged with committing lewd and lascivious acts with a minor under 14, first-degree burglary and violating probation.

Picard is on probation in a stalking case, police said.

“The Clovis Police Department would like to commend the two juveniles for their bravery and quick action in fighting off the attacker,” police said in a statement.