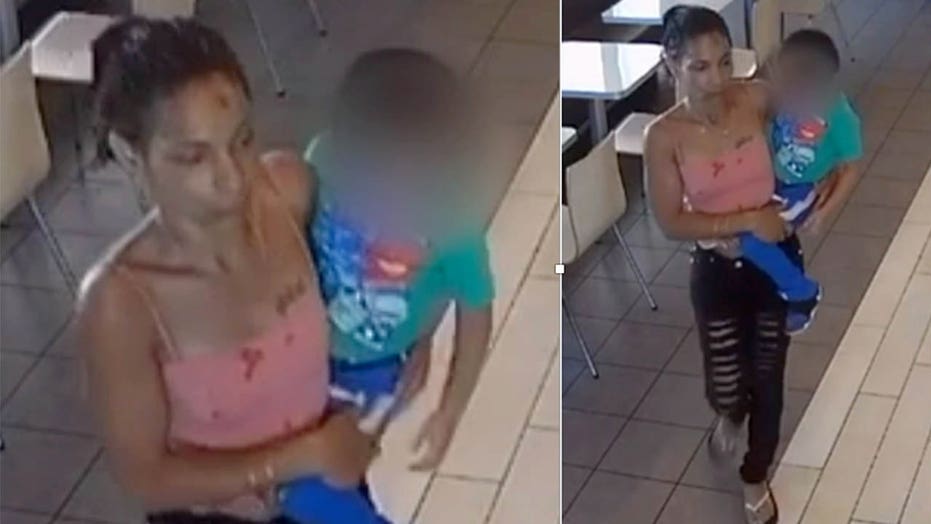 Los Angeles police have arrested a woman they say was seen on camera kidnapping a 4-year-old boy at a McDonald’s restaurant.

Police announced Thursday that they'd arrested 33-year-old Maralyn Ramos in downtown L.A. on Wednesday night, one day after she allegedly snatched the youngster.

MCDONALD'S SMASHED BY VAN WEEKS AFTER BEING STRUCK BY ANOTHER VEHICLE

Police said that at around 3:15 Tuesday afternoon, surveillance cameras inside the McDonald's on East Olympic Boulevard showed a woman -- said to be Ramos -- approaching the child and carrying him out of the fast-food restaurant.

Ramos tried to get into a parked vehicle with the boy but was stopped by a witness, police said. They said she subsequently took off on foot.

The next night, officers responding to an unrelated incident in Los Angeles recognized Ramos as the suspect in Wednesday’s kidnapping and took her into custody “without incident,” police said.

Ramos has been charged with kidnapping. Her bail has been set at $100,000.

Police said this is a different suspect, accused of trying to kidnap another 4-year-old boy. She is still at large, according to police. (LAPD)

In an unusual twist, police say another attempted kidnapping of a 4-year-old boy took place on Wednesday morning, this time on Martin Luther King Boulevard and San Pedro Street.

The female suspect allegedly approached a boy who police said was walking alongside a family member. The woman pulled the boy’s hand and tried to walk away with him but a witness stopped her and the suspect took off on foot, police said.

Initially, detectives were investigating possible connections between the two cases, but they have since determined that the episodes were unrelated.

Police said they are still looking for the second suspect.