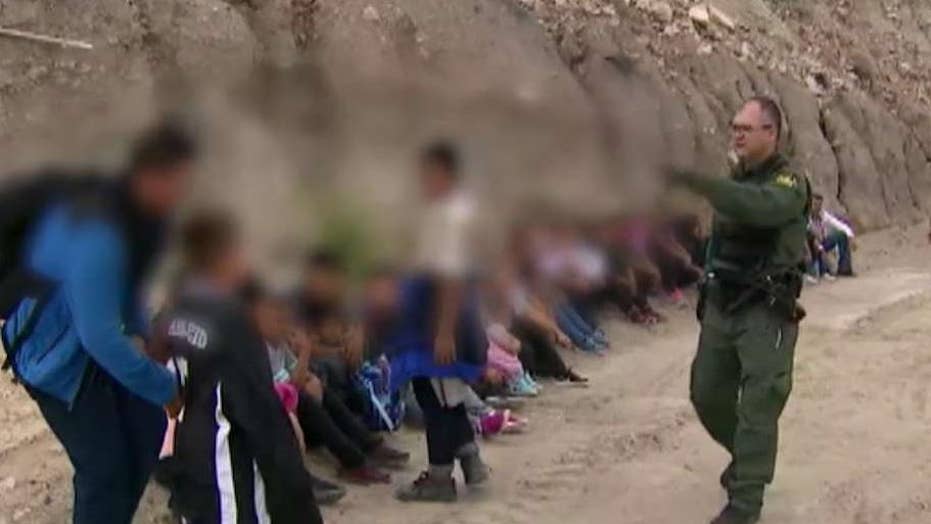 Border Patrol agent hospitalized after shooting on the southern border

Customs and Border Protection has not yet confirmed if the gun-fire exchange took place with illegal migrants; Jacqui Heinrich reports.

A Border Patrol agent was shot and injured Friday night while conducting a traffic stop near the Texas-Mexico border and another agent shot and killed the gunman, authorities said Saturday.

According to U.S. Customs and Border Protection (CBP), two agents from the Brackettville station and a Kinney County sheriff's deputy pulled over a vehicle on Ranch Road 674.

A passenger in the vehicle fired at the agents, injuring one of them. The second agent returned fire and hit the gunman, who was later pronounced dead at the scene. The vehicle's driver was taken into custody.

The agent who was shot was taken to a hospital with non-life-threatening injuries and was later airlifted to a San Antonio hospital, according to CBP. Neither the second agent nor the sheriff's deputy were injured.

Texas Sen. Ted Cruz tweeted about the incident Saturday night, saying, "Border Patrol Agents go out and do their duty each and every day despite the dangers. My prayers are with the agents involved and their families."

The FBI and Texas Rangers are investigating the incident, along with CBP’s Office of Professional Responsibility.

Brackettville is located about 115 miles west of San Antonio near the southern border with Mexico. The CBP statement about the incident noted that the area "is frequently used by smugglers to move narcotics and people from the border to San Antonio and other destinations."