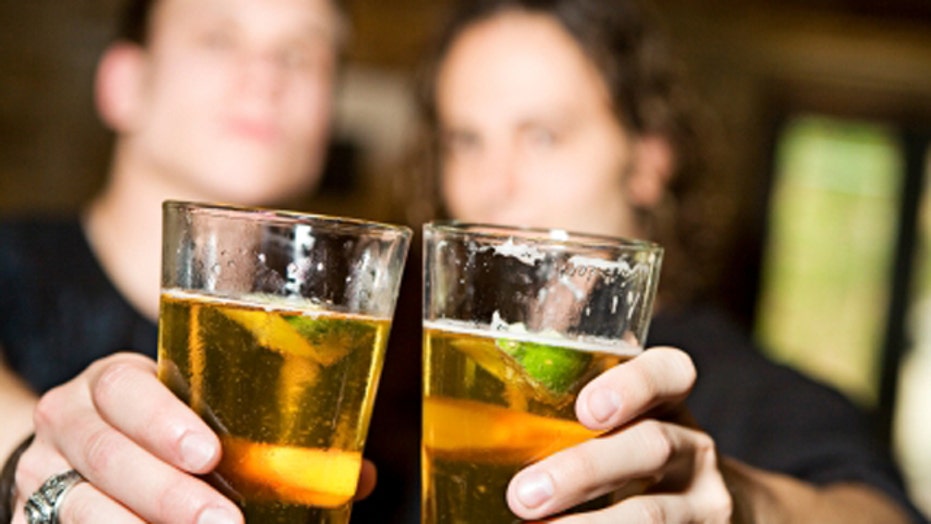 You’ve got everything covered for the graduation party — cake, decorations, balloons, platters piled high with food, all waiting under a crisp white party tent. You may be missing one item on the to-do list, though: Do you have a plan for serving (or denying) booze at your high school or college graduation bash?

Specifically, how will you keep invited teens from getting tipsy?

Your teen may also attend a graduation party as a guest. The conversation about alcohol needs to be had before he or she walks out the door — not after.

“I know kids sneak in alcohol all the time,” one Reading, Massachusetts, high school junior told LifeZette. “They put vodka or gin into water bottles and parents never know anything. They just think, ‘Wow, those kids are well-hydrated!'”

Whether it’s the alcohol in the water bottle or the beers hidden in the garage, teens are going to try to drink. At some parties they don’t even have to sneak it — alcohol is readily offered by adults. Stories of parents providing alcohol to minors at graduation parties in this age of permissive parenting and parental “BFFs” are common.

Think these instances are isolated? A 2014 National Survey on Drug Use and Health found that 53 percent of current underage drinkers reported family and friends as their source for alcohol.

“I went to a graduation party several years ago that my next-door neighbor hosted, where high school kids could drink as long as they put their keys in a jar. It was crazy — so irresponsible of the parents. Everyone was invited to stay overnight, too,” a Boston dad of two pre-teens said.

“It was a mess within two hours,” he continued. “Kids chugging beers, all with complete impunity. We stayed for 20 minutes and I got my kids out of there!”

Aside from plain old bad parenting, there are legal ramifications to allowing alcohol at a graduation party. If a teen swills beer at your party and then proceeds to get behind the wheel of his car and wrap it around a tree, injuring or even killing himself and/or others — you may be liable.

“As a general rule, an individual is not liable for the negligent act of someone else,” attorney Millie Anne Cavanaugh notes on the CRC Health website. CRC Health is a network of addiction treatment facilities. “However, there are a few exceptions. The biggest exception is when you have the ability to control the actions of that third person. Although you certainly did not force your guest to drink alcohol, simply providing the alcohol for consumption gives you some level of control of their behavior … You are known as the ‘social host.'”

The social host laws vary from state to state, so you must know the statute in your state. Whatever the laws, having alcohol where teens are gathered is never a good idea. It is the nature of most teens to push boundaries, and your readily available alcohol gives an explicit nod to illegal activity.

Steven Casstevens is chief of police in Buffalo Grove, Illinois, and wrote an article last month for The Washington Post's 'On Parenting' section entitled, "Police chief asks parents to face the reality of teen drinking."

Casstevens listed several of the latest high-profile bad decisions by parents, writing, "In North Carolina in June 2014, a doctor and his wife hosted a wedding reception and provided alcohol to an 18-year-old, who drove drunk and died. In Indiana in March, a photo posted on Snapchat led police to a house party where 60 juveniles were arrested for underage drinking. The parents were out of the country.

"In Kansas earlier this year, a state senator was charged with offering alcohol to underage students," he continued. "In Arkansas in December 2015, a high school teacher hosted a party for 11 students under the age of 18 in her home. She has since lost her job … At what point will we learn?"

To keep children from breaking the law (and disrespecting the hosts) by drinking at graduation parties, talk to them clearly about your expectations in a controlled setting — not as they're flying out the door.

Clearly lay out your own policy of no alcohol before legal drinking age is attained, even if the host's rules are different. And when in doubt, tell your teen to feel free to leave the party — either with a sober driver, or by calling or texting you for a ride.

"The conversation is often more effective before children start drinking," says the Substance Abuse and Mental Health Services Administration website. "If you talk to your kids directly and honestly, they are more likely to respect your rules and advice about alcohol use. When parents know about underage alcohol use, they can protect their children from many of the high-risk behaviors associated with it."

One Maine mother of three grown daughters knew the score with teenage drinking — and wasn't afraid to confront it head on.

"I clearly said 'no drinking' when I knew the girls were planning a night out. I would say it while we were eating dinner," she said. "Then I would look each girl in the eye and say, 'You are agreeing to this, right?'"

"It seemed that they somehow took that more seriously — as if we had a contract," she added.