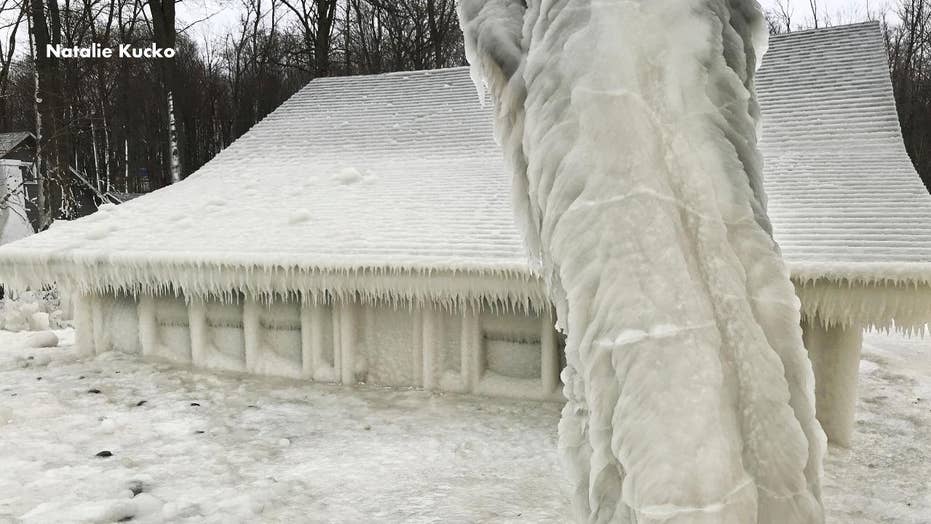 Blistering winds and frigid temperatures in Upstate New York this week froze the water spray from Lake Ontario, turning homes along the beach into ‘ice houses.’

Blistering winds and frigid temperatures in Upstate New York this week froze the water spray from Lake Ontario, turning homes along the beach into “ice houses.”

Photos of the phenomenon show exteriors of houses along the lake near Pulaski, N.Y., encased in ice that appears to be inches — or sometimes even feet — thick.

'ICE TSUNAMI' SPAWNED BY WINDSTORM SPURS EVACUATIONS ALONG LAKE ERIE, AS THOUSANDS WITHOUT POWER ACROSS EAST

"When I got here, I just couldn't believe that pretty much all the ice is now up in the front of the camp and along the sides of the camp," Jason Perry told WSTM-TV of Syracuse.

Residents blamed the higher-than-normal water levels of Lake Ontario for the phenomenon, New York Upstate reported. Winds up to 70 mph this week created massive waves from the high water levels, which blew onto the houses and froze in the chilly temperatures.

"It's devastating, what this has done," Berta Smith told the outlet. "That water is just going to rot that wood out and you’re going to lose the foundation of these houses.”

Earlier this week, high winds created another ice phenomenon known as an “ice tsunami,” which pushed large chunks of ice along the shore of Lake Erie. Ice mounds rose as high as 30 feet and spurred a voluntary evacuation in some areas.