Sen. John Cornyn, R-Texas, urges President Biden to extend Title 42 as the White House faces backlash with the border policy set to end on 'Your World.'

The Biden administration is considering plans to include Cubans, Nicaraguans and Haitians in a legal process available to Venezuelans seeking asylum in the U.S., according to reports.

The Wall Street Journal reported that according to internal government documents it viewed with two officials familiar with the plans, the program would allow migrants from those four countries to apply for asylum from abroad and fly to the U.S.

The program would give migrants leaving their native country as a political refugee protection in the U.S. It would also give migrants from those countries a pathway into the U.S., other than crossing the U.S.-Mexico border illegally.

The plan being considered would prevent certain migrants from claiming asylum in the United States if they have not sought the same protections in other countries – like Mexico – prior to arriving in the U.S.

Consideration of the plan comes on the cusp of the expiration of Title 42, which sunsets on Dec. 21.

A court ordered the Biden administration to stop using authority under Title 42 – a public health order that has been used since March 2020 to return migrants to Mexico – after it was found to be unlawful.

FOX NEWS FOOTAGE SHOWS MASS RELEASE OF MIGRANTS INTO US, AS NUMBERS HIT 500,000 FOR FY 23

The Department of Homeland Security estimates between 9,000 and 15,000 migrant crossings could occur per day once Title 42 ends on Dec. 21.

In fiscal year 2022, there were a record 2.3 million migrant crossings recorded, or 6,500 crossings per day. 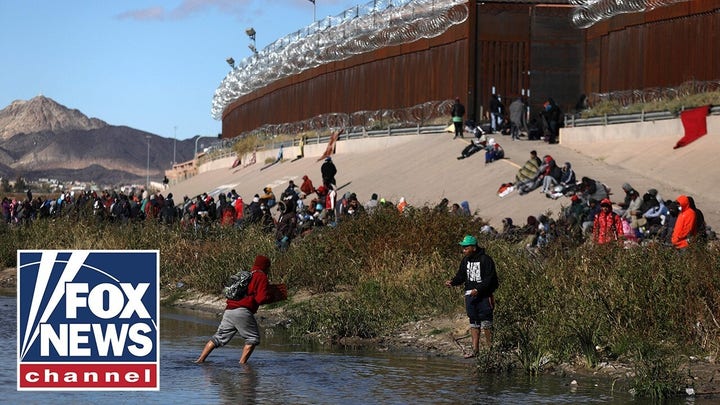