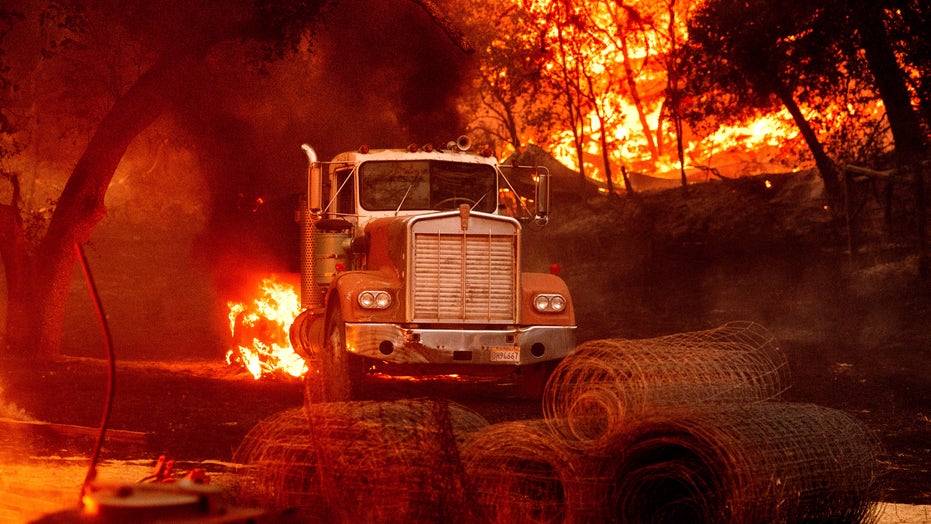 SAN FRANCISCO (AP) – Firefighters may get a reprieve from the weather Saturday as red flag warnings of extreme fire danger expire. But the state is still poised to reach a grim milestone: 4 million acres burned this year by wildfires.

The state is only about 20,000 acres from reaching the unprecedented figure, fire officials said. Meanwhile, two major fires that have killed four people and incinerated hundreds of homes in the wine country and the far north continued to burn.

Powerful winds that had been expected to drive flames since Wednesday hadn't materialized, and red flag warnings of extreme fire danger for hot, dry and gusty weather were due to expire at 6 a.m.

The weekend was expected to usher in some cooling – or less intense heat – and long-range forecast models hinted at the possibility of rain early next week.

But with California a tinderbox of dead trees and dried brush after weeks of scorching weather and years of drought, fires could explode in rural areas, grasslands and dense forest even without the push of winds.

“It just leaves us kind of nervous that we’re not out of the woods yet when it comes to what might happen in California,” said Jonathan Cox, a deputy chief with the California Department of Forestry and Fire Protection, known as Cal Fire.

The easing winds proved a mixed blessing at the Glass Fire in Sonoma and Napa counties. Although the fire raged on, crews got a break as they struggled to keep flames from jumping containment lines and renewing their march toward scenic communities.

“The good news is that with the lack of wind, we didn’t have continued control issues,” said Ben Nicholls, a Cal Fire division chief.

“However,” he added, “due to that lack of wind, the smoke has stayed in place” and hindered aircraft from attacking the blaze.

Evacuation orders for many of the 5,000 residents of Calistoga were reduced Friday to warnings, although trees and some homes on the town borders were burning.

Juan Perez, 27, of Calistoga, had defied the original evacuation order. But he decided to leave on Friday after his 9-year-old son and 5-year-old daughter told him they were afraid.

“It’s been pretty bad, the ash and the smoke,” Perez told the San Francisco Chronicle. “Plus I’m running out of water and food.”

The fire, which had destroyed about 600 homes and other buildings, still threatened around 29,000 homes. It was growing by making “short, intense runs up slopes and drainages," and throwing out embers that create spot fires, Cal Fire said in an update.

The fire had burned 95.5 square miles (247 square kilometers) and was only 8% contained.

In Shasta County in the north end of the state, the Zogg Fire that began Sunday has killed four people and destroyed 170 homes and other buildings. It was 56% contained.

Altogether, wildfires have killed 31 people in California this year. Many of the largest fires were started by lightning strikes in mid-August and most of the destroyed acreage has come since then.

Numerous studies have linked bigger wildfires in America to climate change from the burning of coal, oil and gas. Scientists say climate change has made California much drier, meaning trees and other plants are more flammable.