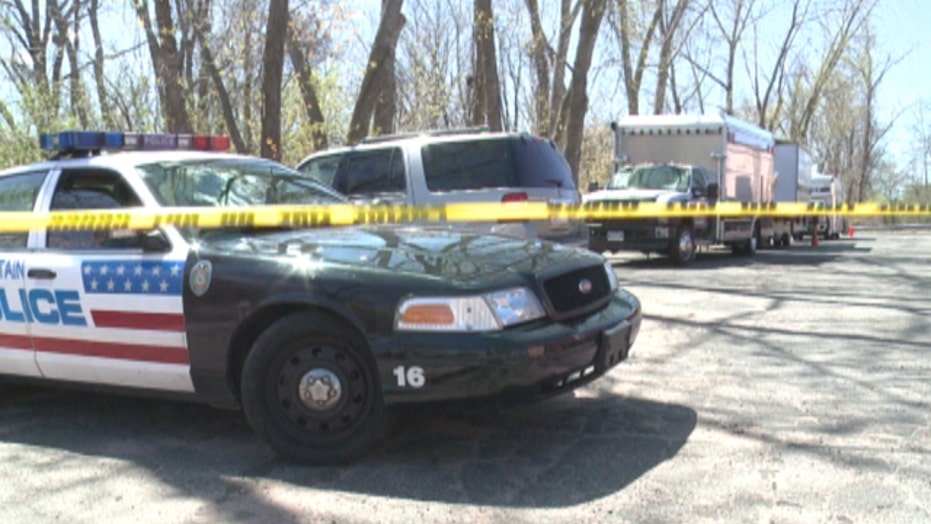 Police in Connecticut Tuesday identified a suspect in the killings of seven people whose remains have been found behind a strip mall in the town of New Britain.

FoxCT.com reported that police sources identified the suspect as William Devin Howell, who is currently serving a 15-year sentence in the state for manslaughter in the first degree in 2007. That victim’s body was never discovered, the report said.

Authorities called the area behind the strip mall a dumping ground for a serial killer after remains of a fourth victim were identified. Initially, authorities did not release the suspect's name, but said that there is not a threat to the public.

If the serial killing theory proves true, the case would rival that of Connecticut's most notorious serial killer, Michael Ross, who admitted to murdering eight women and girls in Connecticut and New York in the 1980s and was put to death in 2005 in New England's first execution in decades.

The latest victim to be identified was named as Melanie Ruth Camilini, a mother of two from Seymour, who, like the other identified victims, had last been seen in 2003. The three victims found in 2007 have previously been identified as 53-year-old Diane Cusack, 23-year-old Joyvaline Martinez and 40-year-old Mary Jane Menard.

Investigators have returned to the site annually since the skeletons' discovery in 2007, but a specially trained FBI dog helped locate the new victims. Wardwell said testing on the remains found behind the shopping center on April 28 showed they belonged to four new victims.

Menard's son, Brian McKinney, said it was sad to know other families would be enduring the pain of learning loved ones had been killed, but he was glad to learn there is no threat to the public.

"It's a relief to know that it's not going to happen again," he said.

Menard's sister, Anna Santiago, said: "At least we know that pretty soon we will have justice."

Chief state's attorney Kevin Kane said it was a sad day for all the families.

"Now they have some answers, but the answers that they have aren't good, either. And that's what I hope people pay attention to today, how sad this really is," he said.

Cusack, of New Britain, had been out of contact with her family for years and was never reported missing, police said.

Martinez was last seen in October 2003. Her family has said she was unemployed and was living with her mother, and relatives became concerned when she didn't show up for her birthday party.

Menard, of New Britain, was a substance abuse counselor who had a daughter serving overseas in the military when she disappeared that October, police said.

Police have said they don't believe those two killings are related to the cases of Cusack, Martinez and Menard.

Marcia Honsch's husband and Elizabeth Honsch's father, Robert Honsch, was charged with murder. He pleaded not guilty and awaits trial. Authorities say he killed his family and then started a new life with a new family.