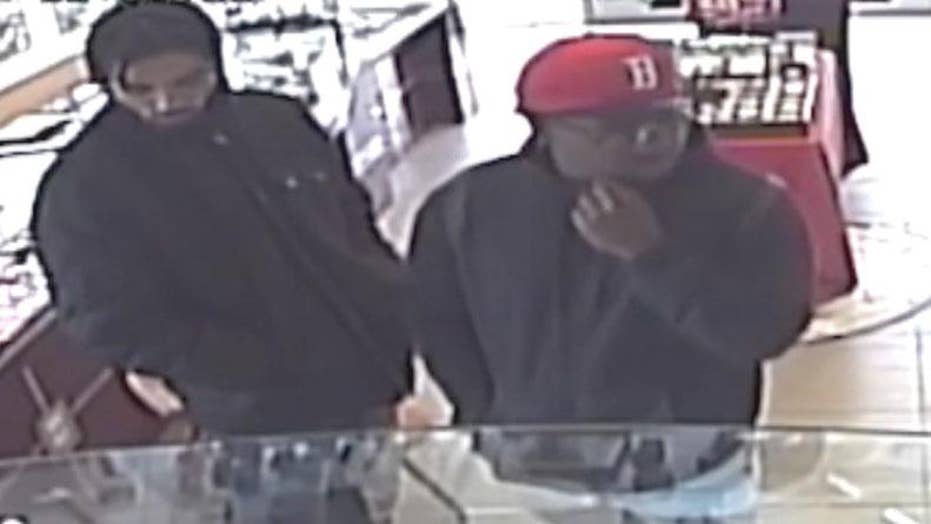 A California jewelry store owner’s nephew pulled a gun on suspects as the two men allegedly tried to rob his uncle’s store, according to reports.

The suspects, caught on video, allegedly tried to stab owner Jean Boujekian during the attempted robbery at Vana Watch and Jewelry in South Pasadena on Friday, The Orange County Register reported.

“I didn’t feel comfortable so I came out from the back to the floor and my nephew was in the background and one of them pulled out a knife,” Boujekian told KABC.

“Probably the scariest thing — everything slowed done and your adrenaline is pumping. Everything slowed down. It felt like an eternity, but when you look at the video you see it happened very fast,” Boujekian added.

TEXAS MAN ACCUSED OF SETTING HOUSE ON FIRE WITH WIFE, KIDS INSIDE