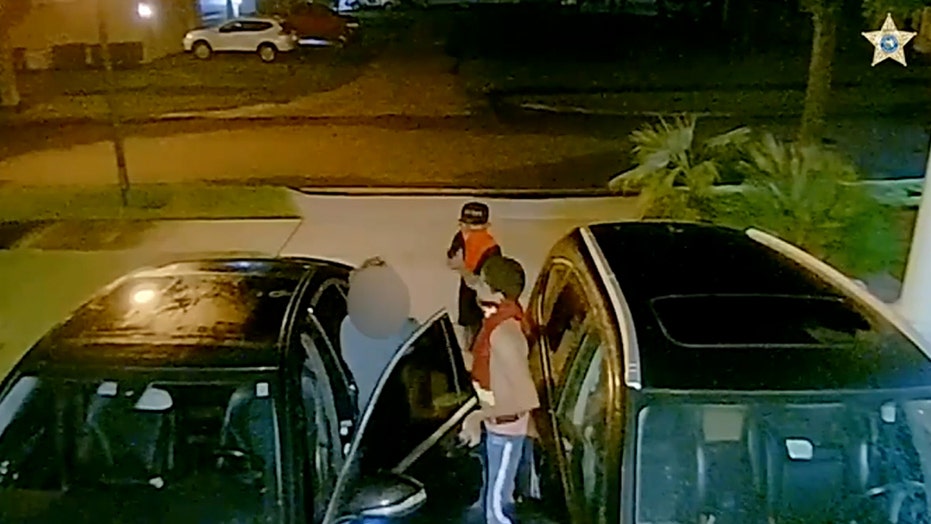 A man was carjacked in the Windemere area of Orange County, Florida; security footage captured the crime.

Victor Senatore, 24, and GianPiero Gasparin, 17, have been charged in connection with the carjacking which took place Monday night in Windermere, the Orange County Sheriff’s Office said.

The video shows the victim, a man, being pulled out of his vehicle by one carjacker and being punched in the head and ordered to the ground by the other who has a gun.

The victim said the carjackers also made off with his golf clubs and a Mac laptop which were in the vehicle when it was stolen.