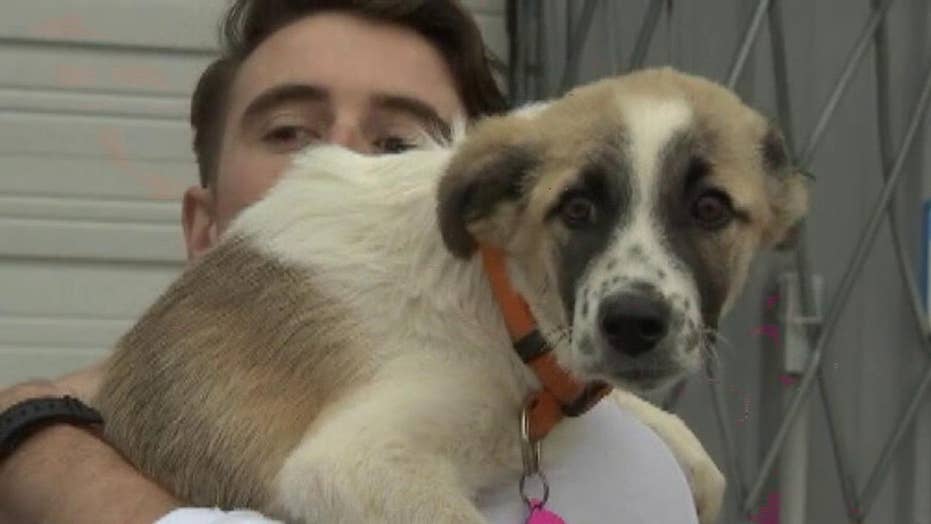 US Army sergeant adopts dog he bonded with in Iraq

A U.S. Army sergeant was reportedly reconnected in Texas on Friday with the pup that helped him get through part of his time serving overseas.

The reunion between Sgt. Kevyn Solarez and Josie came after nearly 45 days of being apart but it was “going to make the whole deployment worth it,” he told Fox 7 Austin.

The furry companion was only about 8 weeks old when she wandered up to the gate where Solarez was during his time in Iraq, he told the outlet. Josie made her appearance during the holiday season, which is a tough time for those deployed, he explained.

Afterward, the service member helped care for her.

“For about two months, half of my food, for every meal I would get, that's what she was eating,” Solarez told Fox 7 Austin.

After returning to the states, Solarez was able to reunite with his pooch with the help of SPCA International. The pair have “a little stronger than average” connection after “going through the hard times” together,” he told Fox 7 Austin.

Solarez picked Josie up upon her arrival at an Austin airport.

“Lots of snuggling” is in their future, he said.