Duke the four-term ceremonial dog mayor of a Minnesota town, went to "doggy heaven" this week, his owner confirmed on Facebook.

The Great Pyrenees was 13 years old when he died Thursday. He made national news for being elected the dog mayor of Cormorant Village, Minn., several years ago, during the annual "Cormarant Daze" festivals, a report said.

Karen Nelson, his "adopted" mother, posted photos of Duke after the dog passed.

"Our beloved mayor Duke went to doggie heaven today. He will be greatly missed," Nelson wrote on Facebook. "We will have a memorial for him in (M)arch or April at the Cormorant town hall. Thanks to all who express their condolences it means a lot of hard times like this." 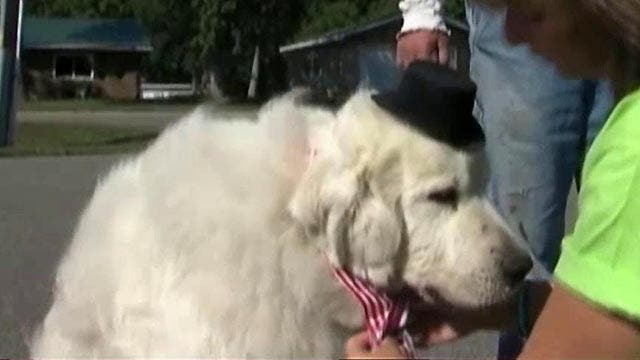 Duke was elected to the mayor's seat of Cormorant Township four times since 2014, acting as the village's ambassador to the public, North Dakota-Minnesota radio station KFGO reported. Cormorant Village is about 40 miles east of Fargo, N.D.

He "retired" last year due to failing health, the report said.