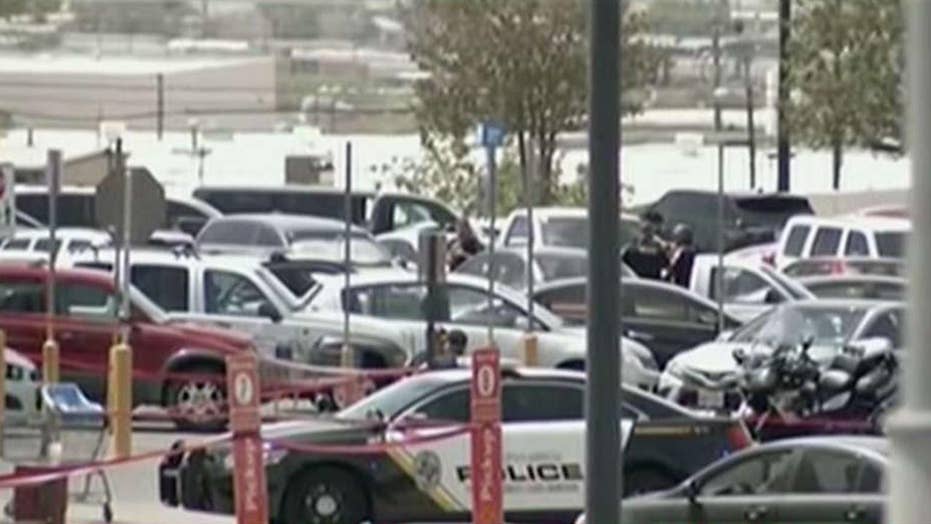 Quick-thinking military member Glenn Oakley tried to protect children who were separated from their parents.

U.S. Army Specialist Glenn Oakley told Fox News that he tried to get as many children to safety as he could during a mass shooting that left 20 people dead and 26 others injured in El Paso, Texas on Saturday.

While speaking with Fox News anchor Jon Scott, Oakley described how he grabbed four or five young children near a play area at a nearby mall.

"I was putting the babies before myself because I just thought about if I had a child and if I wasn't around my child, how I would want another man to react if they [saw] my child running around without me around," he said.

When Scott thanked him for his actions, Oakley responded: "That's what I'm supposed to do."

Oakley was buying a jersey in a sports store and initially heard about the shooting when a "little kid" came in and said that there was an active shooter. The shooting took place in and around a Walmart near the mall.

He initially dismissed the news but said things changed when he heard the gunshots. "I'm in the military and I also have my license to carry ... being in the military you just instantly think fast ... take cover, get whoever you can," he said.

After hearing gunshots, Oakley ran with some people who appeared to be trying to escape. "I'm thinking I'm the only one with the weapon legally so I run with because in case they come across something that would harm them, I could be there to protect them," he said.

While he was running towards Dillards, he passed the play area and grabbed "as many [children] as possible."