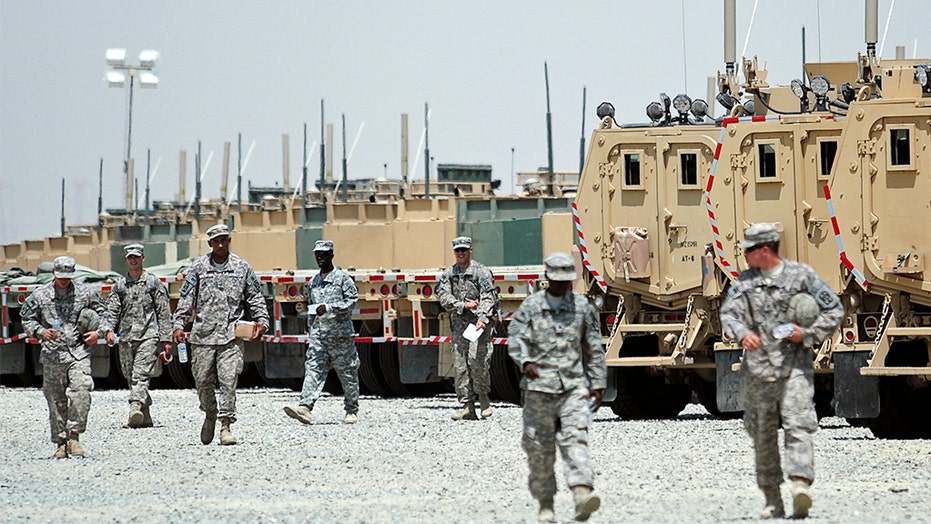 A former U.S. Army employee was charged Thursday for his role in a bribery scheme to steer contracts to a U.S. Army base in Kuwait, the Department of Justice (DOJ) announced.

U.S. soldiers walk near vehicles at Camp Arifjan, Kuwait as they prepare to head to Iraq. (Reuters)

Per the indictment, Garcia was responsible for attracting and managing various government contracts related to projects at Camp Arifjan in Kuwait.

Garcia and members of his immediate family are also accused of having received more than $170,000 in wire transfers from Raj or Gulf Link-affiliates and another contractor.

Garcia was arrested Tuesday in the Philippines, where he’d been living since 2016, the DOJ said. Raj, who lived in Kuwait at the time of the alleged offenses, remains at large.