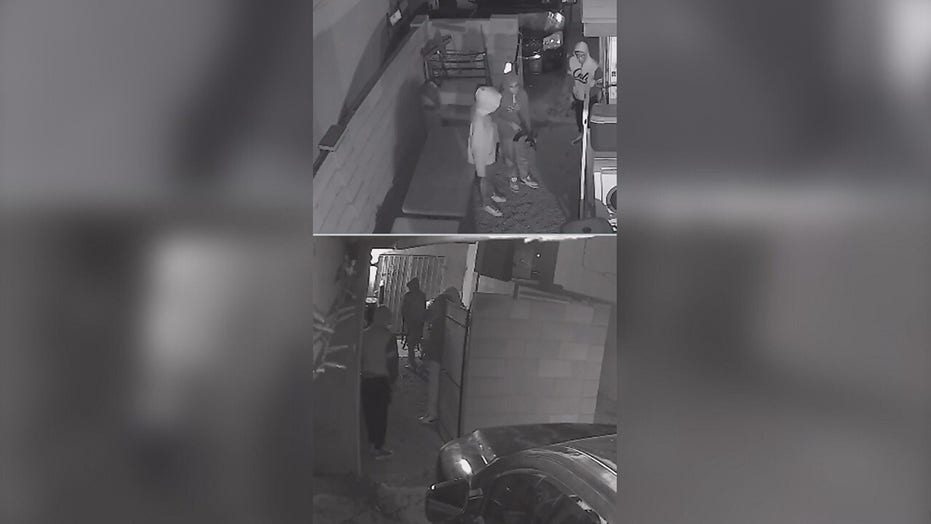 The crime happened Thursday night at a residence on Phoenix's west side.

A person inside the home, who did not want to be identified, then told her family to hide upstairs.

"They came in through the yard, and through the camera they are telling us to come out," she told FOX 10 Phoenix. "I couldn't really hear what they were saying because we were in the upstairs bathroom."

The accused burglars allegedly shut off the power of the home during the incident, as well.

"We did not have power at all," she said. "It was just really, really scary."

Several items were reported stolen, including items from a memorial shrine. No injuries were reported, and police told the TV station no arrests have been made in the case.