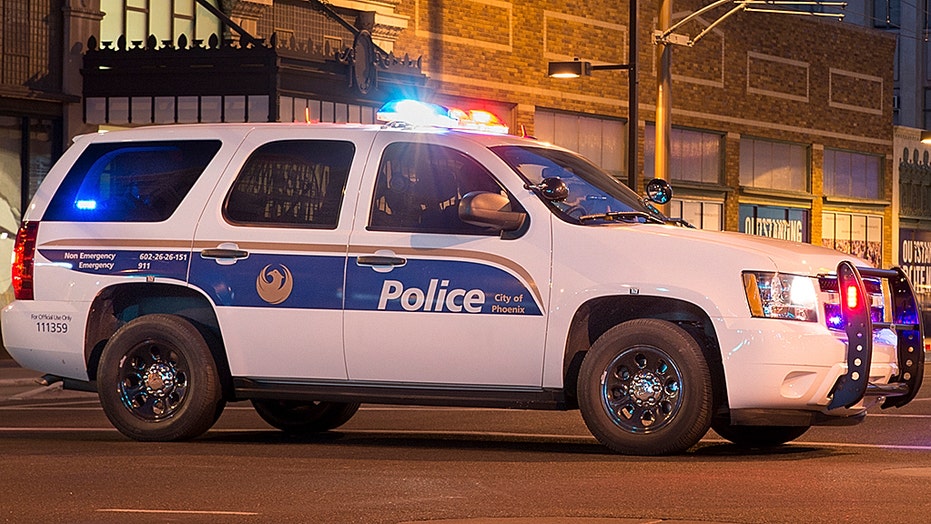 Five teenagers have been hospitalized following an early-morning drive-by shooting in Arizona on Friday, according to local police.

Detective Luis Samudio of the Phoenix Police Department says the suspect - who is still on the run -  allegedly drove by in a gray passenger vehicle and started opening fire at partygoers in the Tolleson neighborhood around 1:00 a.m. before fleeing the scene.

He added that when officers arrived at the scene, they found five people shot outside the home near 87th Avenue and Lower Buckeye Road, according to azfamily.com.

One of the 16-year-old boys is in critical condition and all of the other victims are in stable condition, according to azfamily.com.

The outlet reported that several bullet casings were found scattered in the front of the abandoned home, but the detective he isn't sure how many shots were actually fired.

Several other people were attending the party, which included underage drinkers, but Samudio isn't sure how they gained access to the home.

It was initially ruled a stabbing and no weapons were found at the scene.