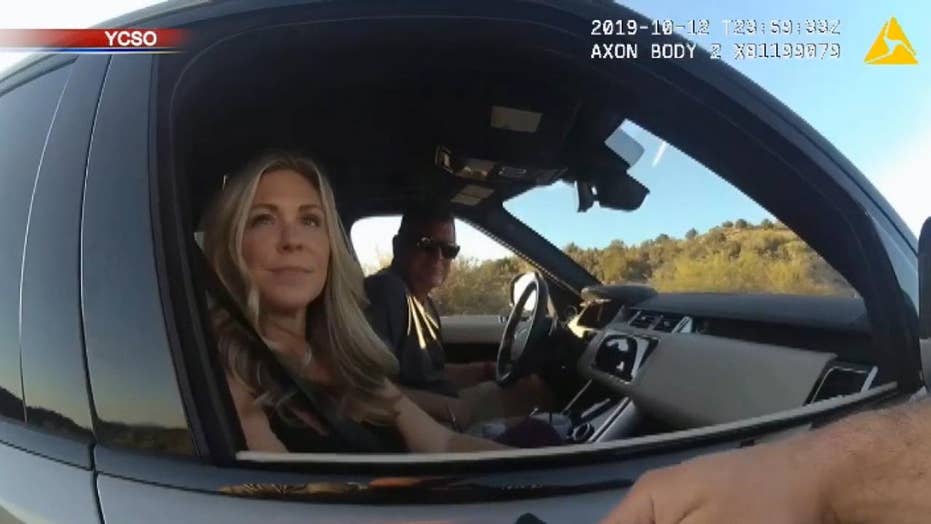 Deputy lets Arizona Department of Public Safety Director Frank Milstead go with warning after he was allegedly clocked going over 90 mph and weaving through traffic.

The director of Arizona's Department of Public Safety posted video Wednesday of himself being caught speeding at 90 mph in a 75 mph area — and being let go with a warning and no ticket.

Col. Frank Milstead, who has served in his role since 2015, was stopped on Oct. 12 for speeding past a Yavapai County sheriff's deputy on Interstate 17.

In the body-camera footage the director posted online, the deputy tells him he was driving more than 90 mph in the zone, where the limit is 75 mph, and "weaving through traffic" while not using his blinkers.

The deputy asks for Milstead's identification, insurance and registration. Milstead and his passenger, Angela Harrolle — reportedly CEO of the 100 Club, a nonprofit group that helps families of first responders injured or killed in the line of duty — say they were driving to Flagstaff, where a memorial hike for Harrolle's late husband was scheduled to take place.

Harrolle identifies her late husband, a DPS trooper who died during a search-and-rescue mission in 2008, and the deputy walks back to his patrol vehicle. They call the deputy back to the car, where Milstead provides him with his DPS identification.

"Oh, well pleasure to meet you," the deputy tells Milstead, who responds: "Sorry to meet you under such circumstances."

Milstead was given back his documentation and the deputy tells the couple he "appreciates" their time, and says it's a "pleasure" to meet Milstead. The director tells the deputy Yavapai County Sheriff Scott Mascher is "one of my favorite people."

"I was starting to think well, one of his guys is about to write me a ticket," Milstead says during the encounter, adding: "I'm a dumb---. I was going too fast. I got a ticket."

He tells the deputy: "Anyway, I was just kind of smiling because I know [Mascher] would just bust my balls," and thanks him for the "break." The deputy tells the director he was "educating" Milstead by stopping him on I-17.

Milstead tweeted Wednesday, months after the stop, that he understands the "seriousness of the speeding violation for which I was stopped, and I am deeply regretful. Irrespective of my position, my adherence to all laws is imperative and on the day in question I was in violation."

"I hold the Yavapai County Sheriff’s Office and Sheriff Scott Mascher in high regard. The deputy in this case was very professional," he said. "This is certainly a regrettable event for me and one for which I will reflect and learn."

It's unclear why Milstead decided to share the footage of the October incident.

Per Arizona state law, driving past 85 mph is considered criminal speeding. It's a Class 3 misdemeanor that's punishable by up to 30 days in jail.