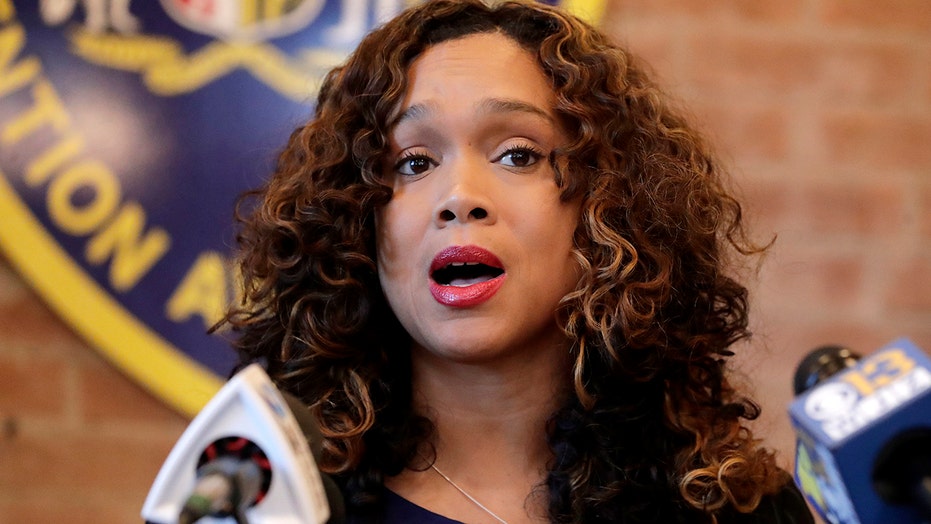 A state's attorney for Baltimore has presented a list of 305 city police officers whose credibility is in question and prevents them from being called as witnesses — findings that are part of an ongoing effort to ensure the force's honesty following a corruption scandal that shocked the city in 2017.

Baltimore City State's Attorney Marilyn Mosby presented the number to members of the state Commission to Restore Trust in Policing in a meeting on Tuesday at the University of Baltimore Law School. The list represents nearly 15 percent of Baltimore’s 2,300-member police force, The Baltimore Sun reported.

The committee was formed to ensure the department’s integrity after several rogue members of an elite unit known as the Gun Trace Task Force were caught and convicted of robbery, extortion and racketeering charges.

Mosby sent her list to the department in the hopes it will take action, local media reported. (AP)

Four ex-detectives testified during a trial last year that the unit was actually made up of thugs with badges who broke into homes, stole cash, resold looted narcotics and lied under oath to cover their tracks.

Mosby said the allegations against the 305 officers pertain to theft, perjury or “something to do with their credibility,” FOX45 Baltimore reported.

However, police officials have downplayed Mosby’s list, saying they stand with their officers.

Nobody on that list that I wouldn’t have working on the street, making cases.

Baltimore Police Deputy Commissioner Brian Nadeau said “quite a few” of the officers were subjects of complaints that were not sustained, the Sun reported. A breakdown of the officers, the sustained complaints and how many remained with the force was not provided at the meeting.

He said only 22 officers on Mosby’s list shouldn’t be called as witnesses, noting that only two of those officers remained with the department and both were undergoing an administrative review. The rest of the officers were fully capable of performing their jobs.

“Nobody on that list that I wouldn’t have working on the street, making cases," Nadeau said.