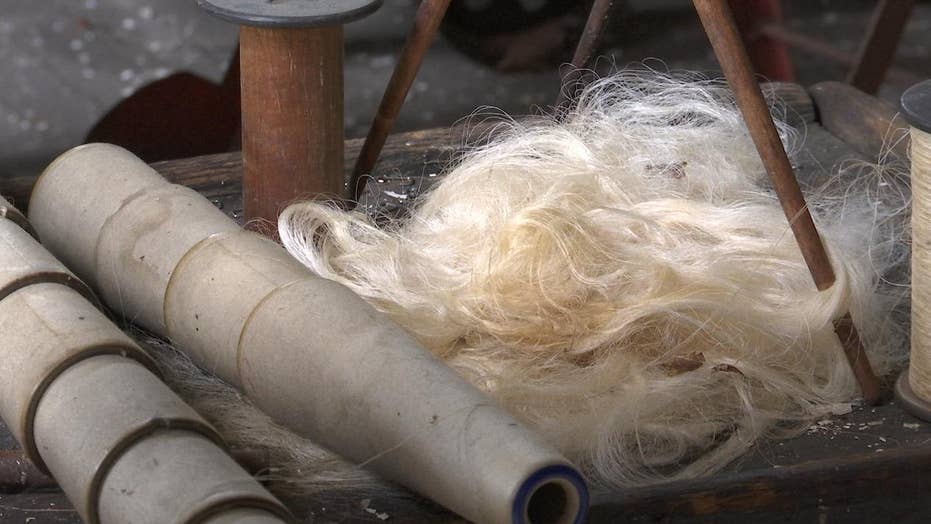 One of the last American silk mills in danger of demolition

The Lonaconing silk mill's owner says he's running out of options to get funding before the building falls apart.

About two decades after the Lonaconing Silk Mill in Maryland closed its doors, a local resident decided to buy it.

Herb Crawford, a Lonaconing resident, bought the mill 40 years ago, thinking he could save the mill and revive his small Maryland town. The town had been vibrant and bustling when the mill was open, but it fell on hard times years after it closed.

"I was going to be a hometown hero and get some jobs in here," Crawford told Fox News.

Despite his efforts, the mill, which closed in 1957, never returned to its industrial glory. Instead, Crawford kept it frozen in time, giving a few people who were able to enter a glimpse of what the ant-like activity was like in its heyday. He basically bought it in 1977 and kept all of its items intact.

"When you step inside of the silk mill, you are really stepping back in time," said Margaret De Arcangelis, former director of preservation at Preservation Maryland. "The machines are frozen exactly how the workers left them on Friday evening, the calendar still hanging on the wall, the ashtrays are still sitting all around."

But now, the building is falling apart, and a decades-long effort to restore what is arguably the last silk mill in America has failed.

Crawford is now out of money and cannot afford the repairs it needs. Several portions of the roof have caved in and the floors have water damage. He’s down to his last attempt to get the funds to save the historic site.

Preservation Maryland, an organization dedicated to saving historic sites, came out with a list of at-risk buildings in the state in 2007. De Arcangelis was helping Crawford when the silk mill was added to the list.

"It had been an ongoing effort from that organization to help Mr. Crawford and move the project forward," she said, adding that the organization helped him in his applications for several grants.

But being a private owner restricts Crawford’s fundraising efforts.

"If the building was owned by a non-profit instead of an individual, there are many more opportunities to find funding," she said.

Crawford, in one of his final attempts to save the building, brought in a partner to do just that. Ray Beall is now working to create a non-profit that would take ownership of the building.

"We’re kind of on a short time frame," Beall said, referring to the roof that’s caving in. "We need to move quickly."

Under the non-profit, Beall hopes to get the financing needed to make the necessary repairs.

The goal is to revamp the two-story mill and employ at least 200 residents, Beall said. They would preserve the second floor to look exactly as it did when the mill closed its doors almost 60 years ago. Beall then hopes to restore the main floor into an operating mill with employees dressed in the time period when the mill was originally operating.

"We would make silk and other threads for some companies in the United States," he said.

To finance the building in the long run, the basement would turn into a commercial Laundromat.

"Our hope is the money from the laundry would keep the mill operating," Beall said.