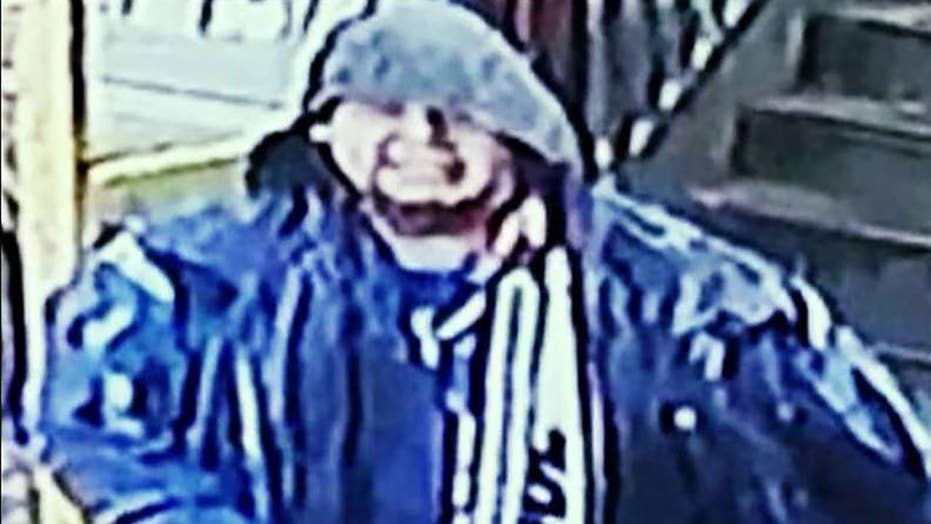 One man is in custody and two more suspects are at large after a gang altercation turns deadly on a subway platform in Queens.

The suspected MS-13 gang member accused of fatally shooting a member of a rival gang in broad daylight on a New York City subway platform is a Salvadoran national who is in the U.S. illegally, the Immigration and Customs Enforcement (ICE) agency told Fox News on Tuesday.

Ramiro Gutierrez, 26, is set to face charges of second-degree murder, gang assault and criminal possession of a weapon in connection with the Sunday afternoon killing of 20-year-old Abel Mosso, who authorities said was a member of the rival 18th Street Gang. ICE said it had lodged an immigration detainer so that they could be contacted prior to his release.

The midday attack – which happened in front of terrified and screaming commuters – occurred in an area of New York City’s Queens borough where the two gangs have been battling for influence. One subway passenger’s graphic video of the incident has been widely circulating on social media.

Gutierrez was taken into custody Monday and charged early Tuesday morning. Authorities have since revealed that the suspect was free on $2,500 bail following a prior arrest late last year.

In December, Gutierrez, who also goes by the nickname “Caramalo,” was indicted alongside 11 other alleged MS-13 gang members by a Queens County grand jury “on various charges including attempted murder and conspiracy, in addition to drug and weapons charges,” ICE said.

ICE said in a statement at the time that Gutierrez and two of his associates – 21-year-old Josue “Colocho” Levia and 20-year-old Angel “Chamuco” Romero – were plotting to raid a home in Queens where they believed $80,000 was stashed inside.

NYPD officers, working in tandem with ICE officials and the Queens District Attorney’s Office, said they overheard discussions of the alleged home invasion plot and stopped it from unfolding.

Gutierrez was hit with charges of conspiracy to commit a burglary and drug possession from that arrest – but was freed on $2,500 bail while awaiting trial. The New York Daily News added Gutierrez also was arrested two times in May 2018 on stolen property charges.

Police say the subway incident unfolded around noon Sunday when the victim and two men started arguing on a train. The dispute eventually spilled out onto the platform.

It's uncertain what the disagreement was about – but the video first shows the men wrestling with the victim on the ground amid the cries of terrified passengers. The footage then shows that the shooter breaks free and pulls out a small handgun. At least six shots were then heard, sending the bystanders on the subway platform scurrying for safety. The footage ends with the man identified as the shooter escaping down the steps of the now-empty platform as the victim lays motionless nearby.

Two other individuals seen in surveillance footage fleeing the subway station after Sunday's attack were still being sought by police on Tuesday.