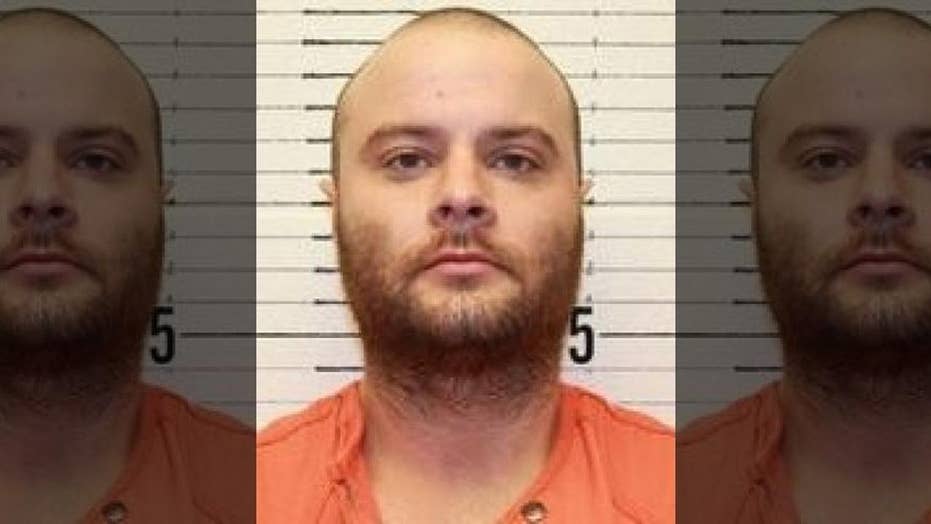 A murder suspect who led police on a nationwide manhunt is facing more jail time in connection with the death of his ex-girlfriend. Grand jurors in Rankin County, Miss. indicted Alex Deaton on three charges including first-degree murder.

Deaton allegedly led police on a manhunt across state lines from late February to early March. According to police, Deaton strangled his ex-girlfriend, stole her car and shot a jogger in Rankin County.

The suspect is facing attempted murder, aggravated robbery, theft and attempting to flee police when he allegedly held a store clerk at gunpoint, stole the clerk’s keys and shot him, according to the Pratt County Sheriff’s Office.

Police say he also might be involved with the murder of a woman in a church in Neshoba County, Miss. In addition, he is accused of carjacking a couple in New Mexico before driving to Kansas.

AARON HERNANDEZ'S FINAL LETTER TO FIANCEE BEFORE HIS SUICIDE RELEASED

Rankin and Madison County District Attorney Michael Guest says Deaton faces up to life in prison plus 40 years as well as a $30,000 fine. Deaton will face trial in Kansas first before being extradited to Mississippi.

“We’ve been told that their trial may occur sometime this fall,” Guest said. “So our hope is that maybe September or October Kansas will be done with their prosecution. Following that he would then be returned to Mississippi.”

A preliminary hearing will be held in Kansas on June 3. Deaton is currently being held on $5,000,000 bond at the Pratt County Jail.