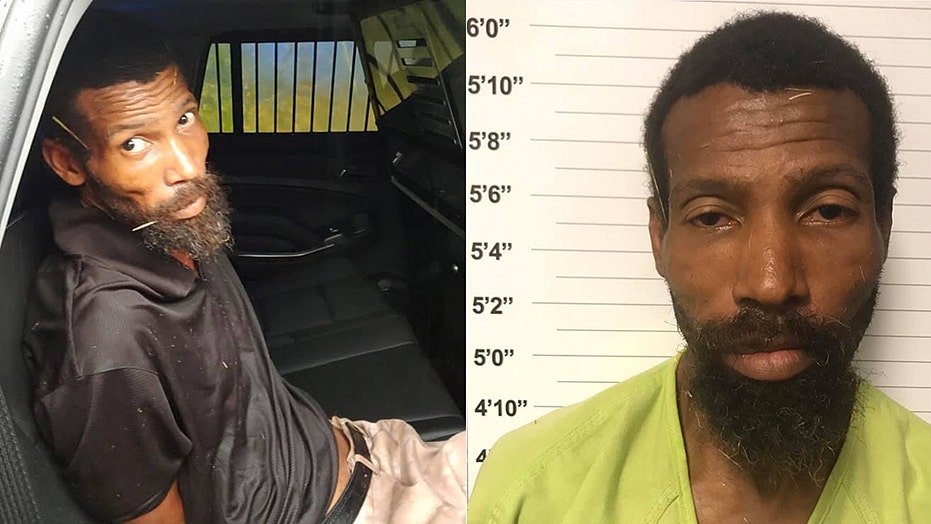 A call to police reporting a kidnapping in progress likely saved a woman from being abducted and possibly killed by a strange man, authorities in Alabama said.

Police in Brookside said they received a call Sunday from a “citizen” when they saw a strange interaction between a man in a white van and a woman who was bleeding from her head and face, Fox 6 Birmingham reported.

In a news release, police said the caller heard the woman screaming “he’s going to kill me.”

When officers arrived at the scene, the man took off in the white van, leading police on a chase. It ended when police disabled the vehicle with gunfire.

The suspect barricaded himself in the back of the van while holding a knife to the woman and demanding officers kill him, the news release said.

"Fearing immediate danger to the victim," officers stormed the van and subdued the suspect with a stun gun, police said.

The suspect, identified as Sean Sanders, was arrested. Police said he is a violent criminal from Los Angeles, Calif., with prior arrests for assault and kidnapping.

Police said the van had a cage in the back of the vehicle, wire cages over the window, a blanket covering the back window and chains locking the back doors from inside, Fox 6 reported.

Police said the woman sustained injuries to the head after Sanders hit her with a tire iron.

Police Chief Mike Jones told Al.com Sanders and the victim did not know each other.

The woman told police that Sanders’ intention was to drag her into the woods and kill her.

“Without his vigilance and proactive response we could be investigating a homicide,” the news release quoted Jones as saying of the citizen.

The woman was taken to the hospital where she was in stable condition, according to the station.