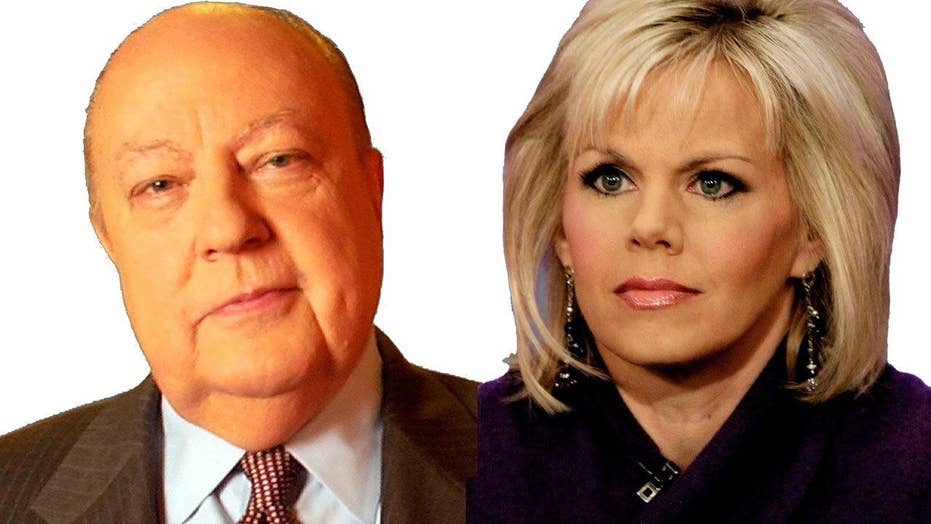 Fox News Chairman Roger Ailes responded forcefully Wednesday night to a lawsuit filed by Gretchen Carlson after her contract was not renewed as a daytime host at the network, calling the allegations “false” and “offensive.”

In the wake of Carlson’s suit against Ailes, which alleged sexual harassment and wrongful termination, the network’s parent company, 21st Century Fox, said it had launched an internal review of conduct by Ailes and by Steve Doocy, Carlson’s former co-host on “Fox & Friends.” The statement said the company has “full confidence” in Ailes and Doocy.

Carlson’s hosting of “The Real Story” ended on June 23, when her contract expired, which had not been made public until now.

The salacious nature of the lawsuit, filed in Bergen County, N.J., generated immediate headlines online. Carlson alleged that Ailes made comments about her physical appearance, and once told her that he would pick her to be stranded with on a desert island and that they should have had a sexual relationship long ago.

Ailes said in his personal statement: “Gretchen Carlson’s allegations are false. This is a retaliatory suit for the network’s decision not to renew her contract, which was due to the fact that her disappointingly low ratings were dragging down the afternoon lineup. When Fox News did not commence any negotiations to renew her contract, Ms. Carlson became aware that her career with the network was likely over and conveniently began to pursue a lawsuit.”

The Carlson suit also alleged that Doocy “had created a hostile work environment by regularly treating her in a condescending and sexist way.” The suit says Ailes responded to her 2009 complaint to a supervisor by telling her to learn to “get along with the boys.”

While the lawsuit is based in part on alleged comments by Ailes in private conversations with Carlson, it provides no e-mail, texts or voice mail as evidence.

Carlson says in the suit that Ailes limited her opportunities at the network and did little to promote her career. When she was taken off “Fox & Friends” in 2013, Ailes created the 2 p.m. show and installed her as solo anchor.

“Ironically,” Ailes says in his statement, “Fox News provided her with more on-air opportunities over her 11-year tenure than any other employer in the industry, for which she thanked me in her recent book. This defamatory lawsuit is not only offensive, it is wholly without merit and will be defended vigorously.”

When the new program was announced, Carlson said: “I am thrilled that Roger Ailes has given me the opportunity to host a signature show for Fox that will focus on the real stories of the day.”

In her book “Getting Real,” published last year, Carlson called Ailes “the most accessible boss I’ve ever worked for,” and said “he saw Fox as a big family, and he cared about everything we did.” She said he had even urged her to speak occasionally about having been Miss America in 1989.

The former host said in her own statement that she has “strived to empower women and girls throughout my entire career. Although this was a difficult step to take, I had to stand up for myself and speak out for all women and the next generation of women in the workplace."

In her book, Carlson wrote of her time on the morning show with Doocy and Brian Kilmeade, “I teasingly called Steve and Brian my ‘work husbands’ because I spent more time with them than I did with Casey.” She is married to sports agent and former pro baseball player Casey Close.

In describing her success, Carlson says in the suit that her daytime show consistently ranked first in its time slot. But it is also true that she lost to CNN more often than any other Fox News program.

The suit seeks compensatory and punitive damages for the decision not to renew her contract.