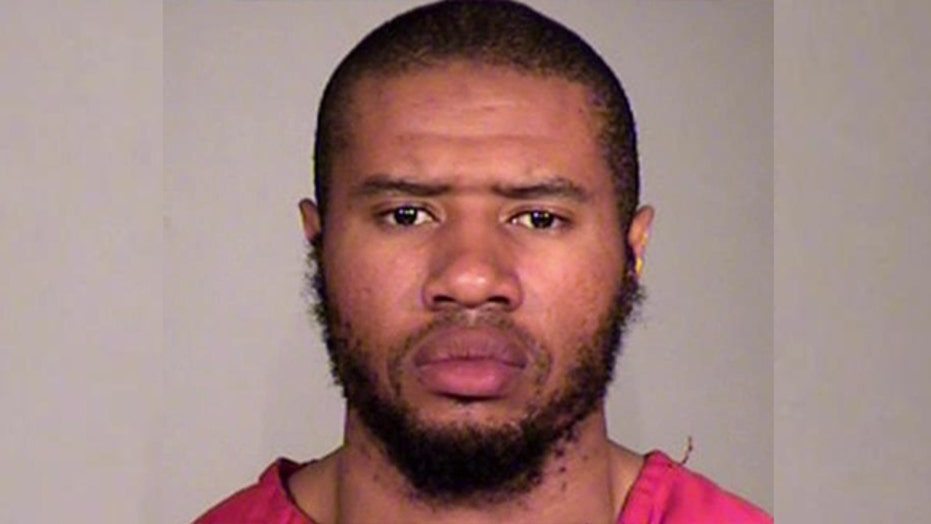 Ali Mohammad Brown accused of fatally shooting Brendan Tevlin in retaliation for the U.S. actions in the Middle east

The Muslim extremist accused of the random killing of a New Jersey college student last year in a case that first spotlighted the threat of "lone wolf" ISIS sympathizers acting on American soil was arraigned Tuesday on terrorism charges.

Ali Mohammad Brown, who is already facing charges in the murders of four men, including Brendan Tevlin, 19, and three Washington state men, faces the enhanced terrorism charges brought by New Jersey prosecutors. Brown, who told investigators he killed Tevlin on June 25, 2014, as an act of "vengeance" for innocent lives lost in Iraq, Afghanistan, Syria and Iran, is being held at the Essex County Correctional Facility in lieu of $5 million bail.

Last week, Allison Tevlin, the mother of Brendan Tevlin, told Fox News’ “Greta Investigates” team that the additional charge of terrorism brought against her son’s accused murderer “is a good thing.” Allison Tevlin and her husband were on hand at the Newark courthouse for Tuesday's procedure.

“Hopefully it will bring more attention to my son’s case,” she added, noting her family “has been always confused why it didn’t receive more attention.”

This is the first murder case in New Jersey in which a defendant has been charged with terrorism under state law. Besides allegedly killing Tevlin on June 25, 2014, Brown is also accused of killing three other men in Washington state earlier last year. They were 30-year-old Leroy Henderson, Dwone Anderson-Young, 23, and Ahmed Said, 27.

In October 2014, Fox News was first to reveal that Brown had ties to a disrupted terrorist cell, a terrorist training camp on U.S. soil, and federal investigations going back more than a decade.

Details of Brown's criminal life and connections to radical Islam prior to the murders of the four young men is under renewed scrutiny by authorities in both New Jersey and Washington state.

After his arrest in West Orange, N.J., in July 2014, Brown, 29, told detectives from both states that he "was engaged in jihad" and referred to the specific murder of Tevlin as a "just kill."

Tevlin was murdered in West Orange while sitting in his car at a traffic light. He was shot eight times. In addition to Brown, two other men were arrested in Tevlin's murder -- Jeremy Villagran and Eric Williams. Charges against Villagran and Williams were recently dismissed.

In Seattle, authorities say ballistics link the same 9-mm. handgun that Brown used to kill Tevlin to the three other homicide investigations in Washington.

On June 1, 2014, in Seattle, Dwone Anderson-Young and Said were killed "execution style" as they sat inside a car.

Authorities say the same weapon was used on April 27, 2014, to gun down Henderson as he walked the streets of Skyway, Wash.

Two former FBI agents from the Joint Terrorism Task Force, or JTTF, told Fox News that Brown also may have traveled to one of the first terrorist training camps on U.S. soil when he was a teenager known as “Dog Cry Ranch.”

When former FBI Agents David Rubincam and David Gomez were interviewed by Fox in Seattle, Gomez said, "I believe Ali Mohammad Brown at some point traveled to Bly, Ore., prior to his arrest for financial institution fraud."

The JTTF executed 19 search and arrest warrants in November 2004 after a 30-month investigation, which became known as the "Ranier Valley Roundup." No one, including Brown, was charged with terrorism at the time.