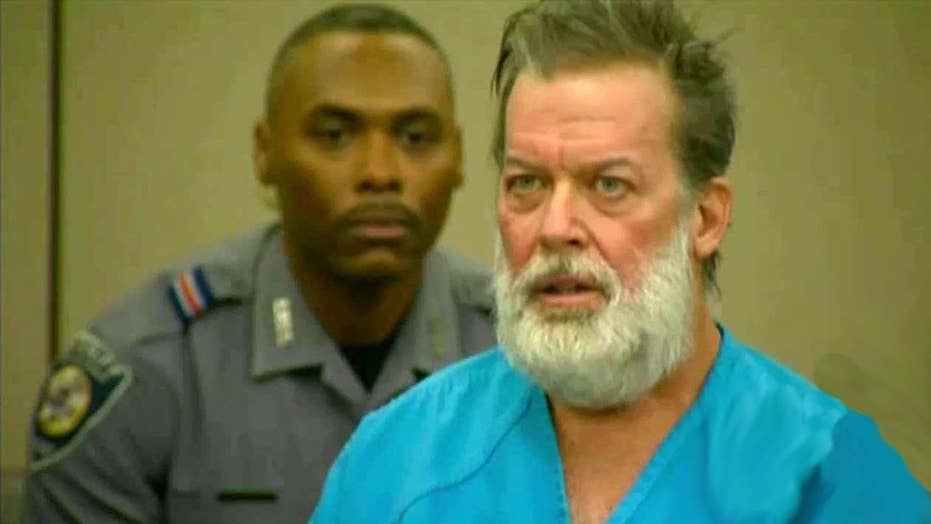 Planned Parenthood suspect: 'I'm a warrior for the babies'

Suspect was formally charged with first-degree murder in Colorado

The man accused of killing three and injuring nine others at a Colorado Springs Planned Parenthood clinic in November shouted "I'm guilty" during an outburst in court on Wednesday.

Robert Lewis Dear, 57, shouted to those assembled in the Colorado Springs courtroom “There’s no trial—I’m a warrior for the babies,” prior to being formally charged with first-degree murder.

Colorado Springs police have declined to discuss a potential motive in the Nov. 27 attack, but there had been mounting evidence to suggest Dear was deeply concerned about abortion.

Later, while Judge Gilbert Martinez was discussing the possibility of a gag order, Dear yelled “Seal the truth, huh? Kill the babies, that’s what Planned Parenthood does.”

“You’ll never know what I saw in that clinic,” Dear said, “the atrocities—the babies.”

“Do you know who [King] is?” Dear said in another outburst, “he’s the lawyer for the Batman shooter who drugged him all up and that’s what they want to do to me.”

Holmes was sentenced to life in prison on August 24 after being convicted of carrying out a mass shooting during a showing of “The Dark Knight Rises” in 2012.

King waived Dear’s right to have his charges read to him, and asked Martinez for a competency hearing, which was set for December 23.

Dear had rambled to authorities about "no more baby parts" after his arrest. And a law enforcement official said this week that the gunman asked at least one person in a nearby shopping center for directions to the clinic before opening fire. The official was not authorized to publicly discuss the investigation and spoke this week to The Associated Press on condition of anonymity.

One of his three ex-wives, Barbara Mescher Micheau of Moncks Corner, South Carolina, said he vandalized a South Carolina abortion clinic at least 20 years earlier, announcing to her that he had put glue in the locks of its doors, a common protest technique among activists trying to shut down abortion clinics.

Dear has lived in remote locations without electricity or water and was known to hold survivalist ideas.

Killed in the attack were Garrett Swasey, 44, a University of Colorado-Colorado Springs officer who rushed to the scene; Ke'Arre Stewart, 29, an Iraq war veteran who was accompanying someone at the clinic; and Jennifer Markovsky, 35, who also accompanied a friend at the clinic.

Five other officers were shot and wounded in the rampage.

Colorado Springs Mayor John Suthers said Monday that responding officers rescued 24 people from inside the clinic building and helped remove 300 people from surrounding businesses where they had been hiding while the shooting unfolded.

Fox News' Kelly David Burke and the Associated Press contributed to this report.