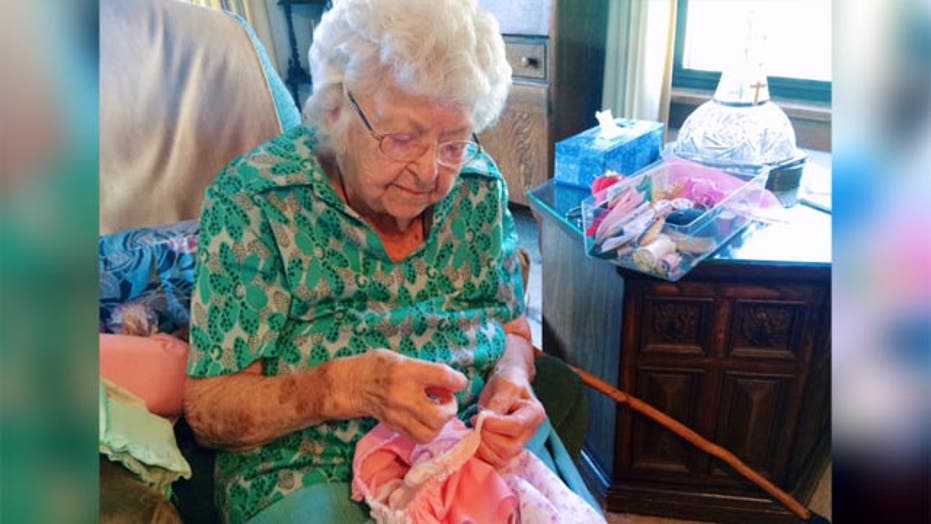 99-year-old dressmaker has a big goal for her birthday

BETTENDORF, Iowa – Lillian Weber hopes to finish a pretty big project by her next birthday.

For the past three years, she has been sewing and stitching nearly 900 dresses for the non-profit organization Little Dresses for Africa.

"It's almost unreal of what I've made at my age, but my fingers are good. I can sew, I can thread," said Weber, adding with a laugh, "I sit here once in awhile and I sing a song to myself."

Weber says she has sewn her own clothes since she was about 8 years old. And even though Weber still makes most of the clothes she wears, she's focused on sewing dresses for girls who really need them.

Dubbed a "sewing celebrity" on the Little Dresses For Africa webpage, Weber has gotten a lot of attention for her mission. She has a special place on the site for people to donate to her 1,000-dress goal.

The site suggests an easy pillowcase dress pattern, but for Weber that simply won't do. She uses a slightly more complicated pattern and adds embellishments because she thinks the girls deserve something well made and pretty.

"They were probably tickled over them because they have something to put on. And I think with these, with something pretty to put on, it would be cute," said Weber.

Weber designs each dress just a little different by adding touches like lace trim, animal patches, or even just a flower design. Every single dress she makes is unique -- just like the girls who wear them.

And just like the dresses she makes every day, Weber's memories of a younger time are stitched together. Her home is a patchwork of her long life, with keepsakes of her ever-growing family (and those who have passed) covering the walls and tabletops.

Along with growing a family, Weber said the dresses are now part of her life's mission.

"I feel the good Lord has given me this to do," said Weber.

Weber's daughters help by cutting out the fabric, but leave the rest of the sewing up to their mom.

Weber said she makes the dresses because it helps her stay busy and staying busy keeps her out of a nursing home.

"You see these people, people in nursing homes, and basically doing nothing… She's very passionate about what she does, she loves sewing and there's no doubt in my mind that she will get to that goal," said Purcell.

If her health is good, Weber said finishing the 1,000th dress will be exciting, but not the end. She said she will keep on sewing as long as the Lord and her hands allow.