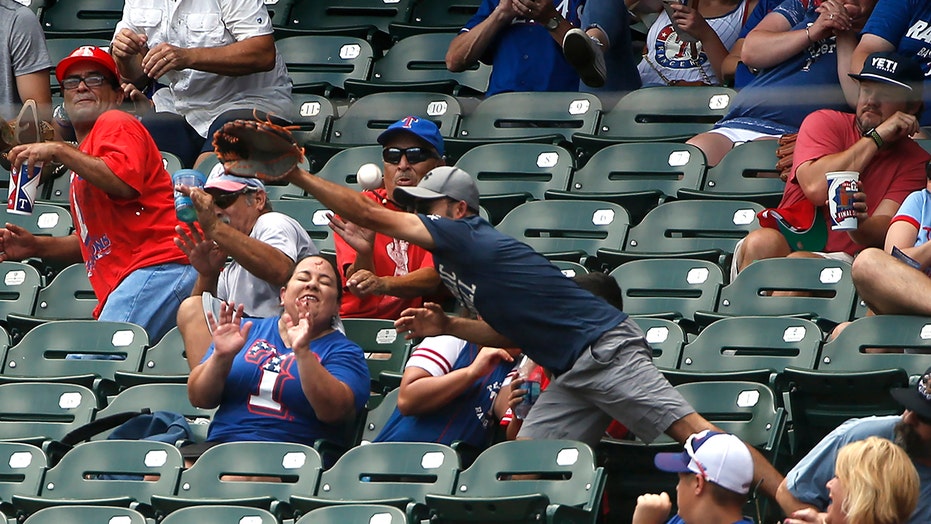 A woman was taken to the hospital Sunday during a game between the Texas Rangers and Detroit Tigers after being struck by a foul ball.

The female fan was seated in the 25th row down the right-field line when the ball, off the bat of Rangers outfielder Willie Calhoun, struck her in the head.

Photos appeared to show the woman bleeding from the forehead after she was struck.

The fan eventually walked out of the stands and was tended to by stadium personnel and was taken to the hospital for further evaluation. Her condition wasn’t immediately known.

A fan reacts after being stuck in the forehead by a foul ball off the bat of Willie Calhoun #5 of the Texas Rangers as the Rangers play the Detroit Tigers during the first inning at Globe Life Park in Arlington on August 4, 2019 in Arlington, Texas. (Photo by Ron Jenkins/Getty Images)

The latest foul ball incident comes as more teams begin to extend their protective netting to the foul poles at their ballparks.

MLB Commissioner Rob Manfred said earlier this year he didn’t expect teams to take steps to have protective netting down the first and third-base lines this season, but thought conversations would continue about whether netting should be extended.

Major League Baseball required teams in 2018 to expand their protective netting to at least the ends of their dugouts after several incidents in 2017.