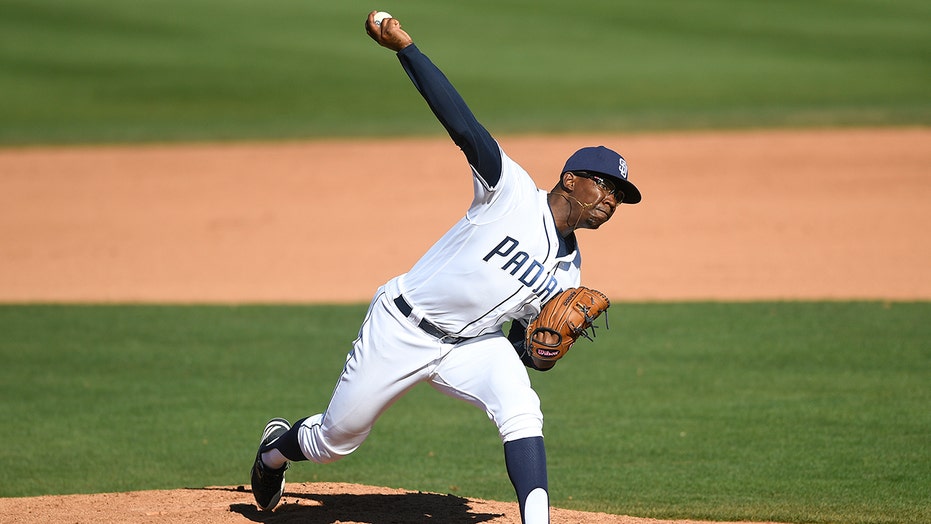 A former Major League Baseball pitcher was involved in a wild brawl during a softball game in Texas on Wednesday.

Tyrell Jenkins, who last played with the Atlanta Braves in 2016, was participating in a USA Softball District 25 game when trash talk between his team and the opposing squad escalated, according to TMZ Sports.

Jenkins was spotted in a red shirt getting into a fistfight with a man in a blue shirt, according to a video of the incident obtained by TMZ Sports. He told the gossip site he only got involved in the incident to defend his teammate.

The righty was selected by the St. Louis Cardinals in the first round of the 2010 MLB Draft. He was then included in a trade to the Braves in 2014 with Shelby Miller. The Cardinals received Jason Heyward and Jordan Walden.

Jenkins appeared in 14 games with the Braves in 2016, posting a 5.88 ERA. The Braves eventually traded him to the Texas Rangers and from there he played in the farm systems of the Cincinnati Reds and San Diego Padres.

In July 2017, the Padres released Jenkins.