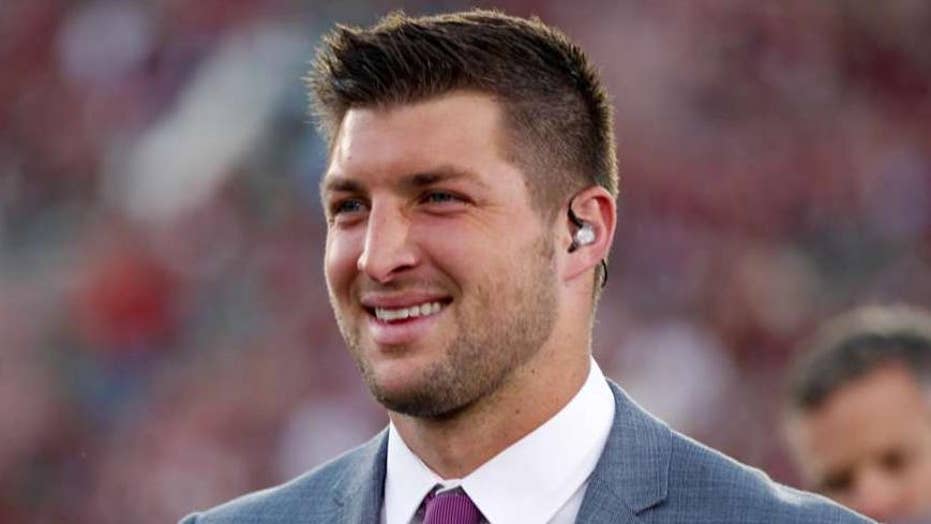 Florida senator and former Republican presidential candidate Marco Rubio presented an odd choice for a statute Wednesday that he said should replace the one of a Confederate General.

Rubio suggested that a statue of Tim Tebow should replace the statue of Gen. Edmund Kirby Smith in the U.S. Capitol’s National Statuary Hall, the Orlando Sentinel reported.

States are allowed to have two statues in place of honor. The only caveat is that the memorialized individual has to be dead for at least 10 years as of Jan. 1, 2017.

Prerequisites set by the Florida committee say the person must be a citizen of Florida and have made “significant contributions (s) to Florida history, economy, culture arts, education infrastructure and/or environment.”

Tebow has a laundry list of accomplishments that should make any Floridian proud. He brought two college football National Championships to the University of Florida and won a Heisman Trophy. Though his NFL career didn’t pan out the way some wanted it, he does have one playoff win under his belt.

The Sentinel reported that the Florida Division of Historical Resources is taking submissions until June 10 and three names will be sent to the 2017 state Legislature.

Recommendations can be made through an online survey on the Florida Department of State official website.